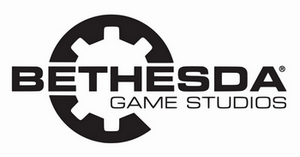 Bethesda Game Studios was founded in 1985 by Christopher Weaver in Bethesda, Maryland, originally as Bethesda Softworks.

They had a hand in developing the first Madden NFL for EA in 1988 and developed a number of other licensed games (including Home Alone), but would not reach true success until The Elder Scrolls: Arena was released in 1994.

They went on to release several Terminator games, including one of the first fully-3D games, Terminator Future Shock (released several months before Quake), before continuing the Elder Scrolls series with Daggerfall in 1996. Daggerfall was notoriously buggy and commercially unsuccessful, and after releasing two equally unsuccessful expansions based on Daggerfall (An Elder Scrolls Legend: Battlespire and TES Adventures: Redguard), Bethesda was looking at bankruptcy.

In 1999, the studio formed a new parent company, ZeniMax Media, which was designed to be an operational and administrative entity (but would go on to acquire other studios, including id Software, Arkane Studios and Tango Gameworks). In 2001, Bethesda Softworks split its development and publishing arms into two separate divisions, with Bethesda Game Studios serving as a flagship studio, and Bethesda Softworks serving only as a publishing label for Bethesda Game Studios and other ZeniMax properties. In 2004, the company also acquired the Fallout franchise from Interplay Entertainment, and revamped it into a 3D first-person RPG akin to The Elder Scrolls with Fallout 3.

Since then, Bethesda has reached new heights of commercial and critical success note Indeed, Bethesda Game Studios now has three different studio teams - The original and main studio in Rockville, MD, a second studio opened in Montreal, Quebec, and BattleCry Studios in Austin, TX after Zenimax bought them out, although its tendency to completely rebuild its games from the ground up with each sequel (which usually means axing old features in favor of new ones) has created an incredibly Broken Base.