These are the main and secondary characters who appear in the Otometeki Koi Kakumei Love Revo Visual Novel and Otome game. 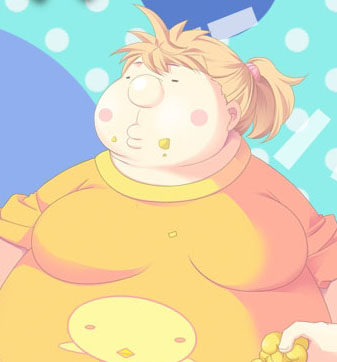 Hitomi is the protagonist of Love Revo, and the character you play as for the entire game. She is a second year at St. Reef School, and works as a behind-the-scenes member of the Theatre Club. In her childhood, Hitomi used to be beautiful and cute- winning countless beauty contests and constantly rebuffing offers to appear in commercials. However, she currently weighs 100kg/220lbs as she steadily gained weight from years of eating junk food (received from her fans and her family). She and her older brother, Takashi, moved into their father’s mansion as it is close to her school. St. Reef’s Popular 5 eventually move in, and their negative impressions and responses to her, as well as Yurika’s taunts, upsets Hitomi into wanting to prove them wrong- marking the beginnings of her diet. Hitomi is cheerful, kind and positive, if not a little naïve. She is a good cook. 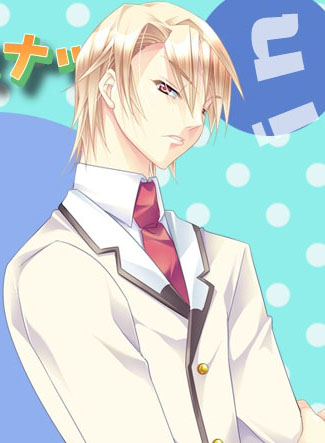 Ren is the most popular guy at St. Reef, and is a third year. He is widely regarded as “perfect”, due to his handsomeness, proficiency in everything he does and wealth. It comes as no surprise that the female students are drawn to him, but very few dare to actually approach him, as Ren is just as well-known for being ice cold as he is perfect. An aloof, rigid perfectionist with a razor-sharp tongue, he seems to have no qualms about verbalising the coldest of opinions and observations. Ren is the rudest to Hitomi out of the Popular 5; reasoning this by claiming to detest those who cannot manage themselves properly. When he starts to see Hitomi working hard with her diet, Ren begins to see her in a different light, but nevertheless, maintains his trademark frosty attitude. He is widely considered to be the most difficult character to complete. 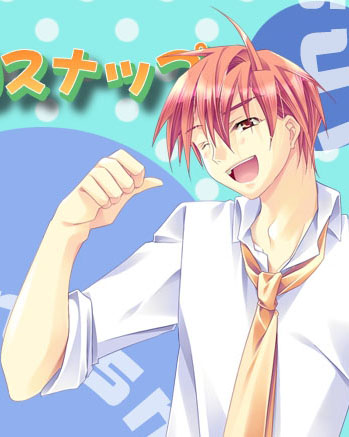 The next most popular guy in school after Ren, Masaki is a second year who's always seen with a megawatt smile and is also Hitomi's classmate and a member of the soccer club. Aside from his good looks, he is popular inside and outside of their class thanks to his cheerful, kind and "refreshing" attitude towards everybody. An animal lover, Masaki hopes to become a vet someday. He owns a dog named Stein, with whom he has a very strong mutual bond with. 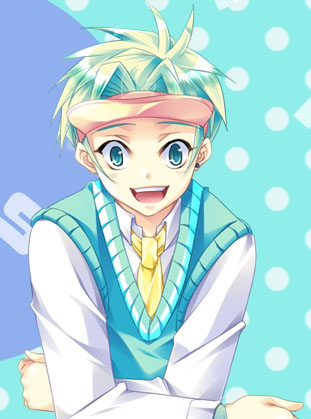 Even though he is a first year, Souta is already ranked the third most popular guy at St Reef. Souta is the only one out of the Popular 5 who (somewhat mysteriously) treats Hitomi in a very positive manner from the beginning of the game. Good at any sport he attempts, all of St. Reef’s sporting clubs wanted him to join when they heard of his skills, but Souta ended up choosing the Theatre Club because Hitomi is also a member. He is generally bubbly, childish and likes the company of people, but is cold to the members of his fan club, as he is fed up with them constantly fawning over him. Like Hitomi, Souta loves snacks and always keeps an eye and ear out for anything new to try out and share with her, even knowing of and being supportive of her diet (insisting "weight doesn't matter"). 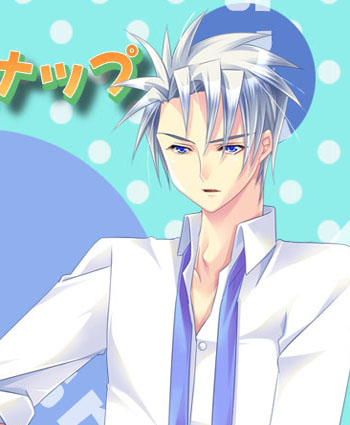 The fourth most popular, and is also a first year like Souta- though the opposition of their personalities is like day and night. Similar to Ren, Kennosuke is known for being mature and reserved, though the two do have notable differences. Rather than being cold, Kennosuke is just quiet and shy by nature, in addition to being stalwart, stoic and taciturn. Much to the disappointment of his many female fans, Kennosuke has barely any interest in love, and especially, older women. Kennosuke is a member of the basketball club. Hitomi soon learns that he is the son of a Yakuza gang and its heir; even being trained by his father to become a suitable one. However, Kennosuke has his own ambitions in mind. 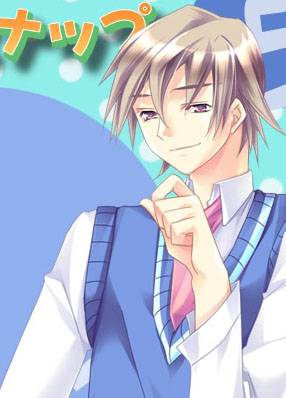 The fifth most popular guy, Ayato is Hitomi's gentle, soft-spoken and warm upperclassman of one year. A bit of a flirt, his calm demeanour and silken words makes him especially popular amongst the female students. The son of an accomplished author, his father's career influenced him to love reading, especially mystery novels (a genre in which his father specialises in). As a result, Ayato is a member of the school's book/literature club, and is very knowledgeable about various works across all genres. He's also very good with languages, being able to understand English and Russian quite proficiently. Ayato is sickly; having a weak body prone to anaemia and light-headedness. 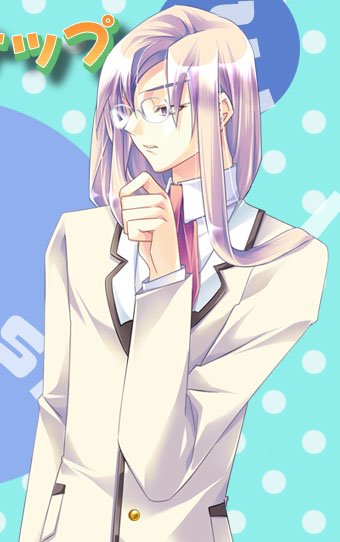 Kaede is a transfer student that moves into Hitomi's class around week 2 of the game- slowly getting used to life at a new home and new school. His intelligence, politeness and refined appearance belies his clumisness, no sense of direction and all-around oddness. In spite of those drawbacks, Kaede is a kind and docile soul. He's proud of his beautiful long hair, and apparently takes great care in its upkeep. He's always seen with Yurika, who seems to have a fairly obvious crush on him, but it's unknown if he noticed or has reciprocated her feelings. Kaede became a member of the Kadou (flower arrangement) club due to Yurika's influence. He is an avid reader, and can sometimes be seen talking about literature with Ayato- the two seem to get along. 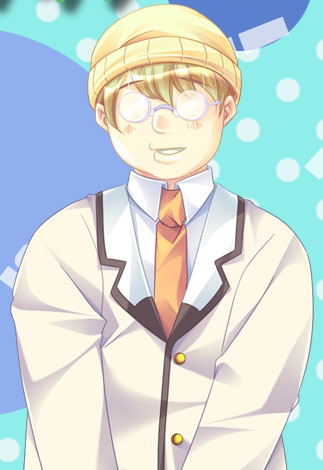 Hitomi's childhood friend. Since his father is a manga artist, and his mother is a cosplayer, Tooru himself grew to love anime and manga- becoming a member of the school's anime/manga club. Other than anime and manga, Tooru is a keen moviegoer, and is interested in cinematography and filmography. It's strongly hinted that he has harboured feelings for Hitomi since they were little. Thanks to Hitomi's indirect influence, Tooru decided that he also wanted to lose weight and goes on a diet. Docile, mild-mannered and timid, Tooru is very humble when receiving compliments. Truly a kind person, he constantly worries about Hitomi overdoing her diet and exercise. He briefly leaves to go to the U.S. to follow his dream of working in anime and film. 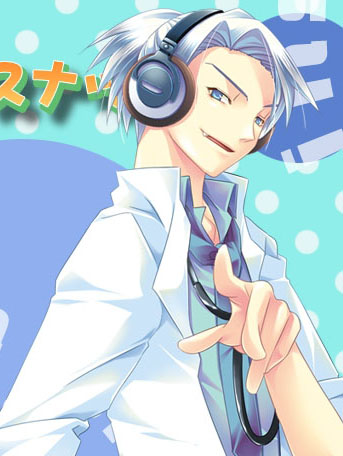 Ryuutarou is St. Reef's blunt and "rebellious" school doctor that has no problem smoking in the infirmary he handles. Because of his casual attitude towards the finer aspects of his job, Ryuutarou often ends up getting on the other teachers' bad sides. Despite his frankness and rude tendencies, he is quite capable in his field and is serious about treating the students. His brash exterior hides his genuinely caring, helpful and warm nature. He is one of the two (the other being Takashi) people that helps Hitomi prepare her diet menu and exercise plans. Outside of work, he loves to drink (particularly beer), and smoke some more. He's never seen without his trademark headphones. 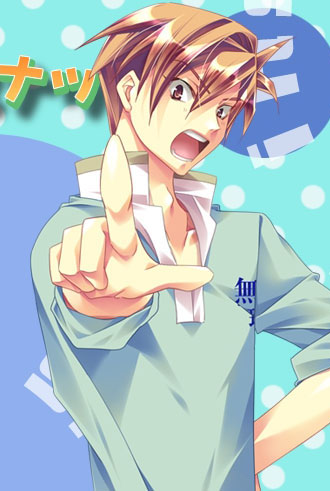 Hitomi's very obviously siscon older brother. He is better known and more commonly referred to as "Onii-chan" (which is an affectionate Japanese word for "older brother"). Though Takashi is hotblooded and has a tendency to jump to (silly) conclusions, he is nevertheless, a caring, reliable and supportive man. Takashi also functions as the mansion's manager, and is the go-to guy for its residents when it comes to mansion-related issues. Completely dedicated to helping Hitomi (and to her, in general), he is one of the two (the other being Ryuutarou) people that assists her with planning her diet and exercise routines. At the end of every month, he gives you 5,000 Yen and provides you with a progress report detailing how well your current stats mirror the guys' stat requirements and how much they like you. 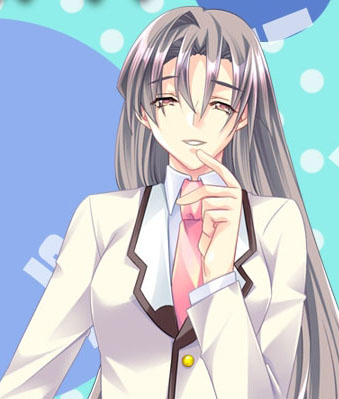 Hitomi's proud and wealthy classmate. She is beautiful to the point that flowers emerge around her, and as a result, Yurika is very popular with the male students. Though her manner of speech is polite and her appearance is refined, Yurika doesn't hesitate to say the rudest of things with a soft smile. Because she behaves differently towards guys, she is the type to be disliked by girls. It is thought that her catty behaviour towards Hitomi stems from jealousy. Since the day Kaede transferred to St. Reef, she is often seen with him. Apparently, through her parents' business relations with Ren's parents, she is always invited to the Ichinose family's annual Christmas ball. She's a member of the Kadou (flower arrangement) club. 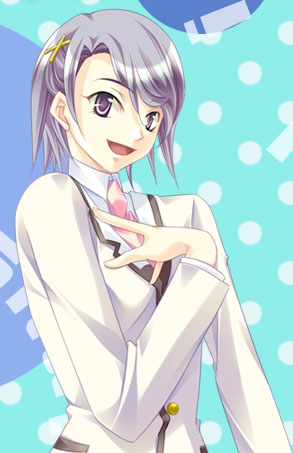 One of Hitomi's best friends, Rie has a refreshing personality that draws those around to her. Rie is a caring and kind soul that always looks out for Hitomi. Good at taking care of people, she is supportive of Hitomi's diet and love life. She is often seen with Hitomi and Yuu, as the three tend to move together as though they were one. 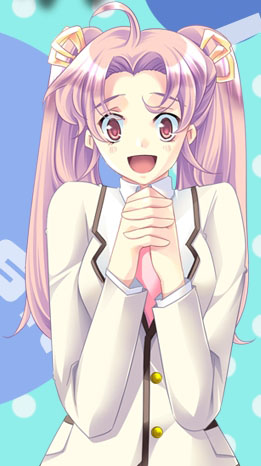 Another one of Hitomi's best friends, she is often seen hanging around with her and Rie. Yuu has a clam and relaxed personality, and like Rie, is just as supportive of Hitomi's diet and love life. She looks as though she is off with the fairies, or otherwise, not paying much attention, but she is actually quite level-headed and reliable. Her hobby is shopping.