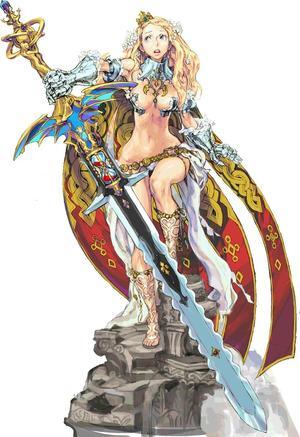 The princess of DeLuxia who was tasked to take the DeLuxcalibur from the invading Distron Army. 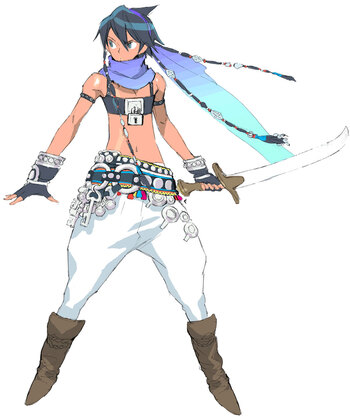 A thief who had a falling out with her old gang. She happens to find Solange and, without question, decides to accompany her. 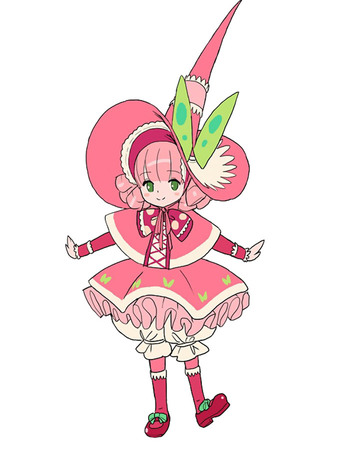 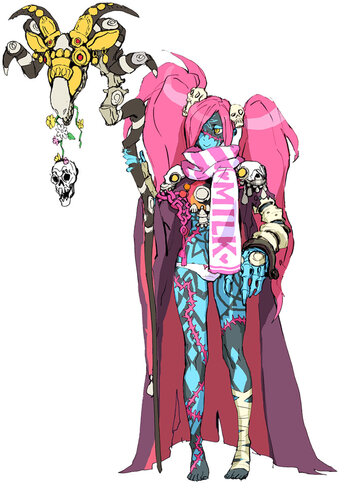 A somewhat unenthusiastic necromancer who has had to reconstruct her body with different spare body parts, which has given her an infamous reputation of being called a zombie, much to her chagrin.
Allegro Nantabile Cantabile 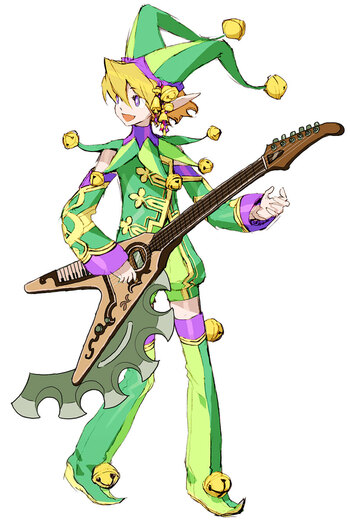 A carefree bard/sage(?) elf who decides to follow Solange in her quest (most likely because he was turned on by the all-female party saving him). He is a coward by nature and constantly on the run from Marco Neko trying to get him to pay his debt.

A UMA master seeking to avenge his fallen kingdom from the Distron Army. He borrows his power from beasts.

A wandering blind samurai who accompanies Master T for the same reasons: to avenge his own fallen kingdom.

A nun from an orphanage who has a reputation for being strict so much that she has earned the ironic nickname "Sister Hel." 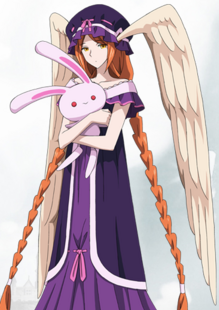 Queen of the Distron Army. She invades kingdoms in an effort to extend her control.

A wandering salesman who pursues Allegro to get him to pay his debt. To his chagrin, his constant stalking on his customers makes people unnerved.

One of the main captains of the Distron Army. A mysterious masked man.

A rather enthusiastic ninja/martial artist/actor captain of the Distron Army seeking glory through flair.

A mysterious little girl, one of the captains of the Distron Army.

Two quirky soldiers who follow Liongate. They aren't exactly the sharpest tools in the shed.