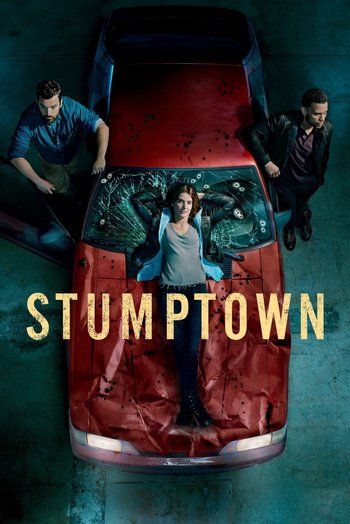 Stumptown is an American crime drama series airing on ABC starring Cobie Smulders, Michael Ealy, and Jake Johnson, based on the graphic novel series of the same name.

In the city of Portland, former Marine intelligence officer Dex Parios makes a living as a private investigator. Unfortunately, she's also got a very bad gambling problem and owes a lot of money to the Confederated Tribes of the Wind Coast. This forces her to take on very tough assignments, some of which bring her into conflict with the local cops, like Detective Miles Hoffman.

The series debuted on September 25, 2019, with its first season concluding on March 25, 2020 and an announcement for a second season made in May 2020. However, ABC cancelled the show on September 16, 2020 due to complication in the second season's production caused by the COVID-19 pandemic. ABC Studios attempted to find a new home for the show but was unable to leading to its cancellation.