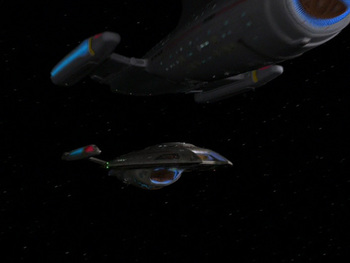 An interesting note: part 1 of this episode is the last episode of Voyager to air concurrently to Star Trek: Deep Space Nine.