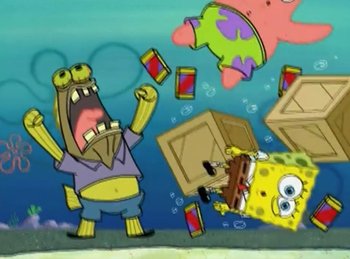 "Chocolate with Nuts" contains examples of: 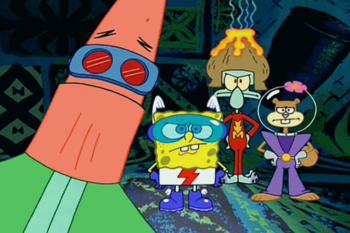 Tired of everybody treating him like a child, Barnacle Boy quits his sidekick job and becomes a supervillain. After joining up with Man Ray and the Dirty Bubble to form the evil alliance known as E.V.I.L., the newly christened Barnacle Man helps in spreading chaos throughout Bikini Bottom. Realizing he's outmatched, Mermaid Man recruits SpongeBob, Patrick, Sandy, and Squidward to help and turns them into superheroes.