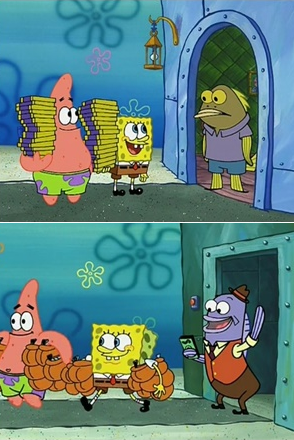 The school is out of money, the protagonist is out of a job, or a good cause requires money. What do you do? A fundraiser of course!

In a typical set-up, a protagonists' school class has to sell something for fund raising, and there is a reward for the person who sells the most. After initial failure, the protagonist will employ a Zany Scheme to sell obscene amounts of it and end up with a mountain of money. The Lonely Rich Kid will just spend their own. More often than not, the reward ends up being lame.