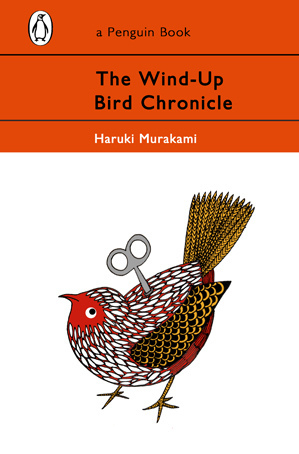 The Wind-Up Bird Chronicle (Japanese: ねじまき鳥クロニクル, Nejimaki-dori Kuronikuru) is a novel by Haruki Murakami. One of his most critically acclaimed and popular works, it opens with the life of Toru Okada, currently unemployed, and his marriage to his wife, Kumiko. One day their cat goes missing, sparking a series of increasingly bizarre events that leads to the unraveling of their marriage. It was first published in three parts during 1994-1995.