Anno Domini 476. The Roman Empire is coming to an end. 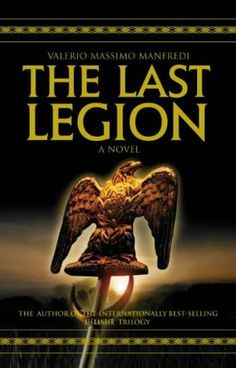 The eagle flies for one last time
The Roman Empire is falling, crumbling into disrepair. In the last five years there have been five Caesars, and every one was murdered.
Advertisement:

Now the title of Caesar, highest office in Rome, must fall to the shoulders of a young boy, Romulus Augustus. Scared, naive, and unprepared, he is barely on the throne for a few days when the dreaded Goths supporting the chieftain Odoacer descend upon Ravenna and kill everyone except the Emperor, his mother Flavia and his tutor, the Briton druid Meridius Ambrosius, AKA Myrdin Emreis. Deposed and exiled to the island of Capri, Romulus is rescued by a small band of loyal soldiers, the only survivors of the legion Nova Invicta, an elite force recruited by his father Orestes. But not before uncovering an ancient sword and the prophecy attached to it. Pursued by the Goths, the heroes are led by the prophecy to the faraway lands of Britain where Romulus must find his destiny.

L'Ultima legione, as it's called in the original italian, is an action adventure novel made in 2002, freely based off the story of the last days of the Roman Empire, created by Valerio Massimo Manfredi.