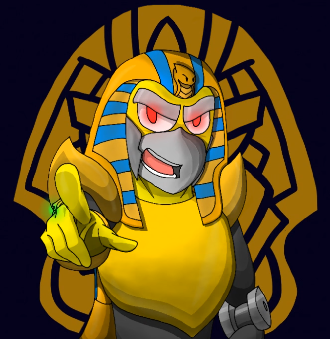 Hey there, guys! This is Pharaoh2091 and welcome back to Let's Play TV Tropes.
Advertisement:

Pharaoh2091 is an Egyptian-American Let's Player in YouTube. He has been uploading LPs since 2009 and has even made co-works with fellow Let's Players and the internet voice acting community. He aspires to be a voice actor someday.

You can visit his channel here

Let's plays he has made
Co-works
Advertisement: