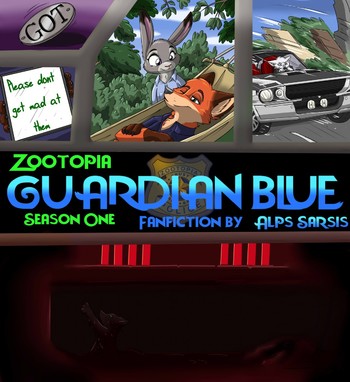 Guardian Blue is an extensive, long-running Zootopia fanfic written by Alps Sarsis, comprising of multiple interrelated stories beginning six months after the events of the movie. Most prominently are the "seasons", all of which are told from Judy Hopps' perspective, but there are several side works - some of which are told from Judy's perspective, some from other characters'. However, these works all take place in a specific order, and many (Sarsis included) recommend that new readers read them in order - beginning with Thanks for the Fox.

, but can also be found on Sarsis's FanFiction.net page

Contains unmarked spoilers for the movie!