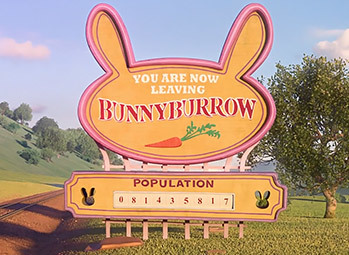 In fiction, population signs tend to be updated in real time, whether to reflect new additions, or more often, to reflect a murder spree. A frequent means of establishing a "dangerous Wild West town" setting is a shot of the town sign, with several crossed-out population numbers, indicating frequent reductions due to violent deaths and/or people moving out. A ghost town may be shown with a sign that clocks all the way down to zero that way, presumably updated by the last resident to leave.

A specific sub-trope will have a killer be nice enough to perform a community service and adjust the population sign just before or after he offs someone.

For the industrial/workplace version of this trope, see X Days Since.