Film / My Name is Bruce 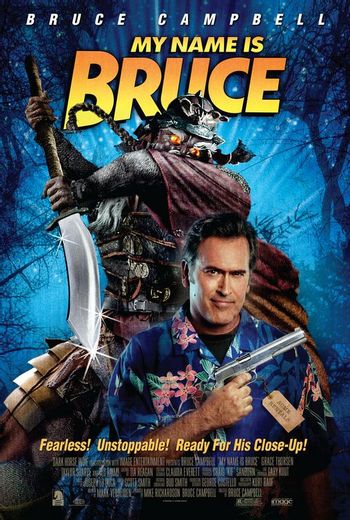 Sadly for him, Bruce is hardly the fearless action hero Jeff remembers from Evil Dead; he's a narcissistic, nervous wreck with a failing career and love life who spends his evenings drunk-dialing his ex-wife. Unaware of the danger at hand, believing instead that he's performing in a top secret movie project, Bruce meanders through Gold Lick, arming himself to the teeth in preparation for his confrontation with the demon Guan-Di. Little does he realize, of course, that shit is about to get way too real.

Just another ordinary day in the life of a hero.

Not to be confused with the 1980s kung-fu movie parody movie They Call Me Bruce? or it's sequel They Still Call Me Bruce. And it's unrelated to the sitcom My Name Is Earl.