Film / My Best Friend is a Vampire 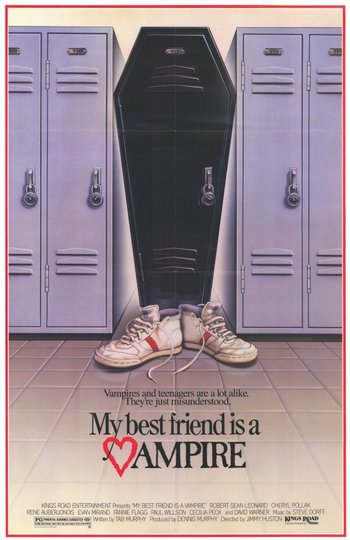 A lighthearted 1987 teen horror comedy film directed by Jimmy Huston, with all the silliness one would expect thereof.

After a one-night stand gone horribly awry, high school student Jeremy Capello (Robert Sean Leonard) finds himself one of the undead. Now he must come to terms with being a vampire while trying to get a date with the girl of his (literal) dreams. Oh, and it doesn't help that there are a couple of vampire hunters (David Warner and Paul Willson) in the neighborhood...

Also released under the title I was a teenage vampire.