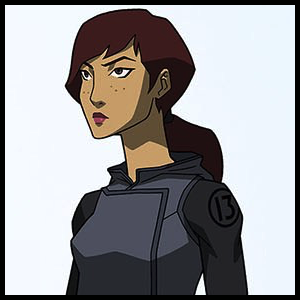 A superhero specializing in luck-based magic. 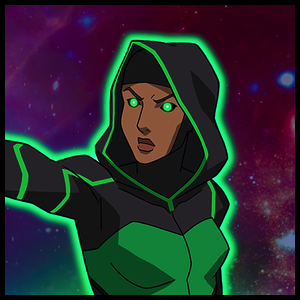 "Halo" is an amnesiac girl of Quraci origin who moved to Markovia as a war refugee. After being kidnapped by metahuman traffickers for lab experiments and apparently killed, she comes back to life with strange light-based powers, but no memory of her original identity. She joins Nightwing's Team after being rescued by them, gradually discovering who (or what) she really is. 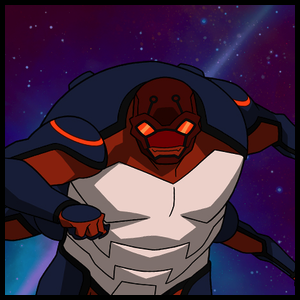 A Bug alien who was exiled from his home on New Genesis, and joins Nightwing's Team after they take him to live on Earth.

The Mole sent by Deathstroke to infiltrate Nightwing's Team, and later the Team. But in the end, she abandoned Deathstroke's cause and came the embrace her new family and being a hero. After being publicly exposed and cleared of charges, she joined the Outsiders.