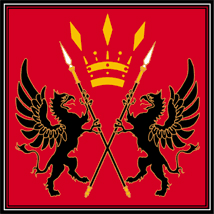 The second of the four nations, the Elvaan San d'Oria rose in to power after the magic techniques that the Taruataru of Windurst tried to keep secret spread out to other races. Combined with the Elvaan's superior physical capabilities and better uses of stone and iron, San d'Oria reigned as the dominant military power in the Quon continent for centuries in what has been known as The Age of Power

Power in San d'Oria resides in the crown which has been passed through the d'Oraguille family since the nations birth. They are supported by the church and the military, which includes The Temple Knights, who are primarily involved with civil order and The Royal Knights, who make up the backbone of San d'Oria's military.

As The Age of Power came to an end and The Age of Men took its place, San d'Oria entered an age of decline. Between The Republic of Bastok declaring its independence through a long war and countless civil wars within San d'Oria itself, both its military prowess and it's living standards for its own citizens are not what they used to be. Whats more, The Crystal War saw the destruction of San d'Oria's sister state, The Marquisate of Tavnazia. The war also saw San d'Oria join forces with its long time rival Bastok, as well as Windurst and Jueno, to form The Alliance, which continues on today 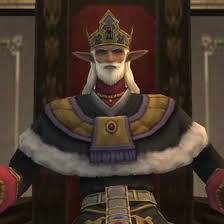 The King of San d'Oria. San d'Oria's loss of power and stature over the years weighs heavily on his mind, and his inability to choose an heir as been a cause for great concern among the kingdom.

King Ranperre R d'Oraguille
King Destin's grandfather, also known as The Dragon King. He came to the throne at a time where San d'Oria was caught in the midst of a bloody civil war. Over his fifty year reign, he reunited the kingdom and wiped out the black dragons that had been plaguing the kingdom.
Prince Trion I d'Oraguille 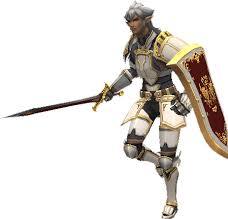 The current Prince Royal of San d'Oria and leader of the Royal Knights. He is an impulsive leader who is slow to plan and quick to move to action, much to the frustration of his father.

The Prince Regent of San d'Oria and youngest son of King Destin. Pieuje is almost the exact opposite of his brother, preferring study and patience over Trions hot blooded personality.

The youngest child of King Destin, and his only daughter. She often finds herself caught in the middle of her brothers arguments, which annoys her to no end.

A unit of young Elvaan formed during the Crystal War. While they are too young to serve on the front lines, they do what they can to support the San d'Oria military effort, including sneaking out of the city to engage in with Orcish units
Excenmille 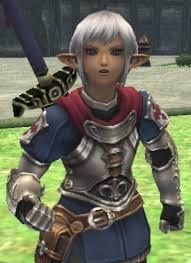 The leader of the Young Griffons, and son of Alphonimile, Captain of the Knights of the Cardinal Stags. In the modern day he acts as the San d'Orian director of Ballista, a friendly competitions between the three nations
Rahal 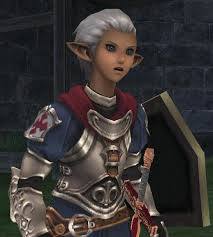 Commander of the Royal Knights and accomplished dragon slayer. He plays a key role in the Dragoon story
Bistillot
A member of The Young Griffons who is always found in a captured orcish war machine. She is actually a young girl named Bostillette, who goes by a boys name to help strengthen her up
Cyranuce
Another member of The Young Griffons, who joined with his brother. He would later go on to become a dragoon and claim the power of a dragon, motivated by the loss of his brother
Machegue
Cyranuce's brother and fellow Young Griffon. 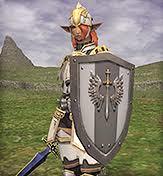 Exoroche
A captain in the Royal Knights who dreamed of joining since he was a boy.
Louverance N Mistalle
A member of the Royal Knights, and grandson of Francmage. His goal is to restore the honour and the land that once belonged to his family but was lost after his grandfather was murdered and his father was caught in an illegal duel. His path eventually leads him to Tavnazia, where he joins with Prishe and Ulmia to prevent Promathia's rebirth. Except not. The Louverance that joins Prishe's team is actually Atarefaunet disguised as Louverance 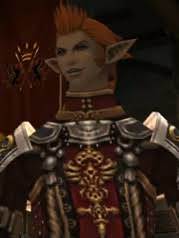 A hero from The Crystal War and Captain of The Iron Crest Hawks. He is famous for his defense of La Vaule, before being killed in the battle of Xarcabard. Due to Lady Lilith's and Lilisette's time traveling schemes, history is rewritten to the point where he survives the war and marries his partner, Portia
Altennia Borel

A young squire during The Crystal War. She is the only adult The Young Griffons allow in their meetings.

Erpalacion
One of the generals of the Royal Knights during the reign of King Ranperre, and one of the king's closest friends. He played a vital part in the Ranperee's victories, including fighting back against the corrupted dragons the plagued the kingdom. He suddenly disappeared during an overseas exhibition, and became historically known as "The Last Dragoon."