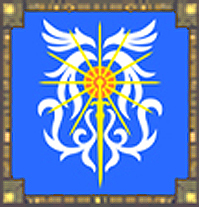 The city state located on the western continent of Ulbuka. The city is split into two halves - The western half is located on the Ulbuka continent, and the eastern half is located on The Isle of Adoulin. The two halves are connected by The Big Bridge in the middle. The city was founded centuries ago by August Adoulin and his loyal eleven knights who cleared the region of the local beastmen and built the castle on The Isle of Man, from which the city grew around. After years of a peaceful reign, Adoulin and his eleven knights left on a expedition into the Ulbuka wilderness to fight off an expanding evil. Although they succeeded in fighting back the evil, all but one of the knights had died, including King August himself. On his death bed he formed a pact the the spirits of Ulbuka that no more would a citizen of Adoulin step foot into the Ulbuka wilderness.

In the current day, The Sacred City of Adoulin are ruled by twelve orders founded by King August and his eleven knights. At the centre is the Order of Adoulin, descendants of King August himself, the head of which takes up the position of Grand Chancellor. Around The Grand Chancellor are the heads of five of the remaining orders, who serve as the five ministers charged with the administrative responsibility over the city. While the Grand Chancellor is seen as the head of the council, the council as a whole have the final say in the running of the city, making the Chancellor's position one less of power and more of leadership. Finally, the six remaining orders take control of the six coalitions, six public enterprises tasked providing services for the citizens of Adoulin.

Recently the council has decided to undo King August's pact with the wilderness and begin again on its colonization efforts within the Ulbuka wildness, a controversial decision that has caused massive divides within the city. To help with its effort, the city has began recruiting from the middle lands, helped by its use of teleporters

The order started by King August, the first ruler of The City of Adoulin. For the majority of the cities life, the Adoulin family acted as royal family, with power being passed from heir to heir. Some time after The Great Expedition, rule of the city was instead separated among the heads of the remaining orders. However, the head of The Order of Adoulin and the Adoulin family still takes the role of The Grand Chancellor, and the people still often look to the Adoulin family for leadership and guidance. 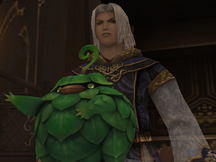 Arciela's brother and the current Grand Chancellor of the city of Adoulin. To much controversy, he has recently ordered the city to resume its colonization after centuries of rest, seemingly breaking the city's pact with the forest that surrounds it. He has been transformed into a leafkin by King August

The main character of Seekers of Adoulin. A descendant of Adoulin's founder king. While not officially in a position of power in the city, she still carries from influence and gets involved with the city's issues and partakes in many incursions into the wild lands outside it. 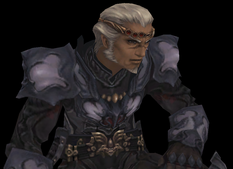 The legendary founder of The Sacred City of Adoulin. He cleared the area of the beastmen tribes before building the castle that he would go on to be the centre of the city. After a successful golden reign, August took his eleven most loyal knights into the wildness to stop Hades in his evil plot. Although he was successful in stopping Hades, August and all but one of the knights had died in the process. 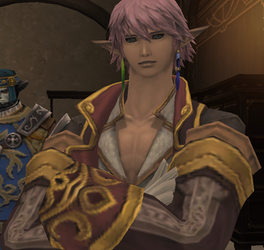 The current minister of finance who runs an incredibly efficient ministry. Recently however, people have began noticing some cracks in his work
Hildebert 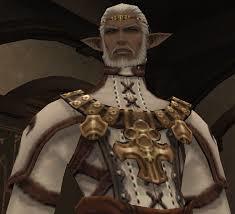 The current minister of Judication, which puts both The Peacekeeping Coalition and The Exorcists under his jurisdiction. He is the biggest voice against the colonization efforts in the council, which often brings him into conflict with the leaders of the other orders. 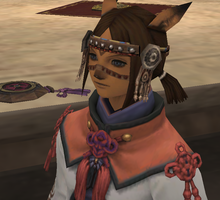 The minister of education and the head of the Order of Renaye, the order of geomancers. She deeply opposes the recent colonization efforts, but is more reserved in her criticisms than others on her side

Lhe Lhangavo
Head of The Pioneers Coalition, the coalition most focused on the current colonization efforts. Despite having a rough exterior, she is quick to reward success when she sees it.
Amchuchu 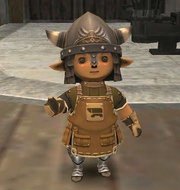 Head of The Inventors Coalition, the enterprise whose inventions are used to help improve the lives of Adoulin's citizens. Amchuchu is particularly interested in ways to help with the productivity of vegetable growth within Adolins water ways
Midras 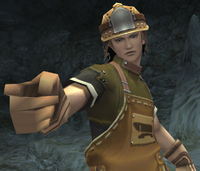 Cid's son, who was adopted by him after his biological father was killed in the Palborough Mines incident. Years before Adoulin City resumed its colonization effort, Midras traveled to the city to study under and work with Amchuchu 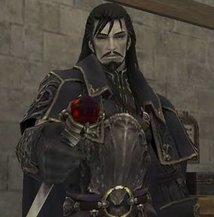 A mysterious man in black that helps Arciela and The Adventurer at several points during the story.
Ingrid 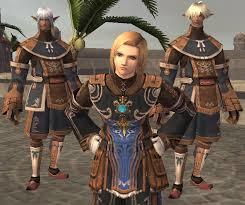 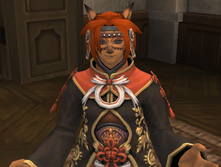 Ikhi's teacher in the art of geomancy. Although Ikhi is now the head of the Order of Renaya, Lhaiso still acts as a close advisor.
Sylvie

The gemonancer who guides The Adventurer through their own development. Sylvie and her father often give support to the colonization efforts, which makes her somewhat of an outcast among the order of geomancers