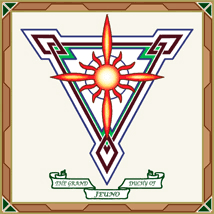 The youngest of the four nations of The Alliance. Jeuno was an initially a small fishing village within the Republic of Bastok before the sudden appearance of a mysterious young man named Kam'lanaut and his younger brother Eald'narche. Kam'lanaut introduced to the people of Jeuno crystal synthesis and other such technologies. This began a massive increase in Jeuno's wealth and standards of living. Shortly after The Crystal War broke out, Jeuno seceded from Bastok before playing a vital part in uniting the four nations

Despite having little in terms of military prowess and land, Jeuno holds significant sway on the international stage. Its central location means it plays a vital role in diplomacy and trade while the invention of of the airship, through a collaboration between Kam'lanaut and Cid, gives Jeuno access an incredible reach across Vana'diel. It remains a huge centre in scientific discovery thanks in part to the Armathrwn Society, a group of researches that investigate the likes of The Emptiness and the Voidwalkers. Viewed as a hero of The Crystal War, Kam'lanaut still leads Jueno as the Archduke of Jueno with the leader of the Armathrwn Society, Duke Vicarious Esha'ntarl as his second in command. 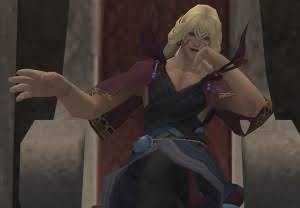 The Crystal Line will soon be revived and the Gate of the Gods will open. That is when the true Vana'diel of legend will be reborn

The Archduke of Jeuno and the man responsible for the nations prosperity, Kam'lanaut introduced crystal synthesis to the world of Vana'diel. A powerful and respected leader who united the four warring nations of Vana'diel against the Shadowlord's army during the Crystal War. In truth, he is a Zilart prince and one of the last few remaining Zilart in existence. Together with his brother Eald'narche, they resume their centuries old plot to open the Gate to Paradise. 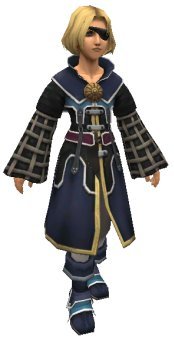 The brother of Archduke Kam'lanaut who constantly sits in on his meetings, often to his older brothers frustration. Despite his youth, he is somewhat of a genius himself

One of the last Zilart nobles in existence, his botched attempt to open the Gate to Paradise led to the destruction of his race. He and his brother were frozen in stasis, only to be inadvertently awoken centuries later by Raogrimm. He is actually the elder of the two brothers, but his body was frozen in time after being exposed to one of the Mothercrystals.

Eald'narche is the final boss of the Rise of the Zilart expansion, as he continues his insane vision to open the Gate of the Gods.

The mysterious organisation that are charged with investigating super natural phenomenon like the spread of the emptiness and the Planar Rifts. They also make up some of the most important figures in Jueno politics, including the Duke Vicarious Esha'ntarl and Jueno's most important diplomat, Nag'molada.
Eshan'Tarl /Cardinal Mildaurion

The Duke Vicarious while the Archduke is absent during the Chains of Promathia story line and the leader of The Armathrwn Society. Like Kam'lanaut, she is a Zilart. Her end goal is to prevent Promathia's resurrection. To do so she spent some time in Tavnazia as Cardinal Mildaurion

Nag'molada
A diplomat from Jeuno and member of the Armathrwn society. He gets transported to Tavnazia with the player at the beginning of Chains of Promathia.

The only military in Jueno, The Ducal Guard are tasked with defending the Jueno people as well as acting as a police force throughout the city.
Wolfgang 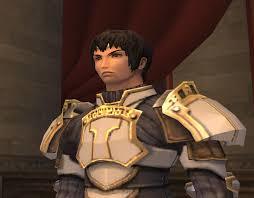 A network of pirates, smugglers and thieves that operate out of Norg. They have a base of operations in Neptune's Spire led by Aldo
Aldo 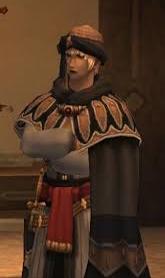 The leader of the Jeuno chapter of Tenshodo, an organization of thieves and smugglers. He was taken in by the Tenshodo as a child after fleeing the destruction of Tavnazia. He now lives in Jueno with his adopted sister, Verena
Verena
Aldo's adopted sister who lives with him in Jueno. Pure of heart, she is good friends with the goblin Fickblix in a world where friendships between hume's and beastmen are rare

Other Inhabitants of Jueno. 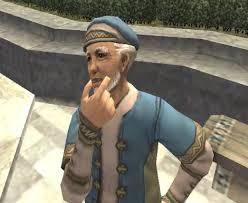 An old man in Jeuno who has mastered every single job in existence. Players must defeat him in a Mirror Match to raise their level cap to Lv.75. 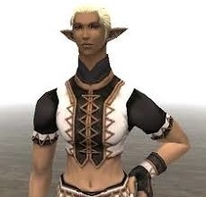 A doctor in charge of the infirmary in Jueno. He cares greatly for his patients, which often puts him at odds with Wolgang
Toto Kupeliaure
Son of Dom Kupeliaure, the head of a powerful Moogle real estate company. He takes over the company when his father goes on vacation, and he has widely different ideas on how to deal with his tenants......
Laila 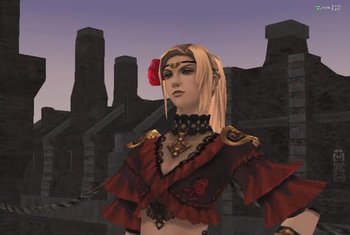 The leader of Troupe Brilioth. She took over from her mother, who taught her to dance from a young age.
Joachim 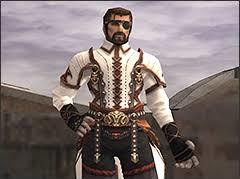 A man who has traveled to Vana'diel from the alternative dimension of Abyssea. He recruits adventures to help fight against the monsters that have over run his homeland.