A small page who gathers other characters related to the cast in some way. It's also regrouping the ones who made an appearance in Dies irae ~Interview with Kaziklu Bey~.

The twin-brother of Isaak. Originally believed to have died, in reality, Lisa managed to conceal his existence and allow him to have a normal life. He is also the grandfather of Kasumi.
Helga Ehrenburg

"We'll be together forever, Wilhelm. That is the dark gift that binds us."
Wilhelm's mother and sister. Though she is already dead, she had a huge influence on her son's values, and as such, his Ahnenerbe, "The Dark Gift," takes on her form, nesting in his inner world.

In other words, she's nothing more than a symbol of the mother/sister he perceives, but her love is genuine. She has sworn to exert all her power for Wilhelm. 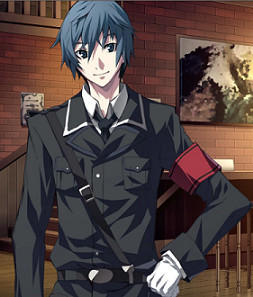 "What I like about heritage, is that it captures the light of the old days, freezing it in time. They're eternal. And I'd rather be an ephemeral moment captivated by that radiance."

A member of the Deutsches Ahnenerbe turned soldier who fought in World War II alongside his friend Michael Wittmann.

The Eastern Orthodox Church's special division. They are working from the shadows to disrupt the actions of the Longinus Dreizehn Orden. 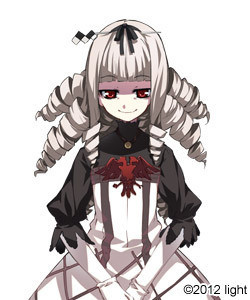 Leader of Doppeladler. She is one of the children produced by Lebensborn. 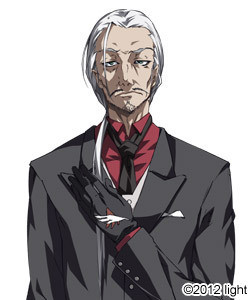 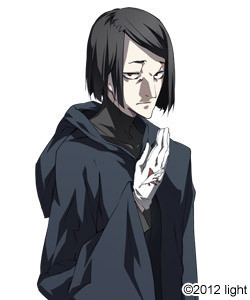 One of Sieglinde's agents. He was a street children during Nicolae Ceaucescu's regime when he met Rusalka, which is the reason why he was picked up by Doppeladler. 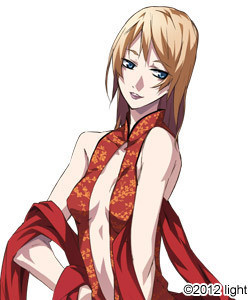 A CIA agent brought in to Doppeladler for being Wilhelm Ehrenburg's teammate during the Vietnam War. 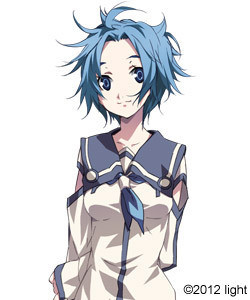 A Doppeladler agent posing as a Tsukinosawa High School student to get to Kai and Beatrice.

A modern-day woman who seeks out Wilhelm for an interview, she manages to catch him just before he sets off for Suwahara City. Calm and collected she's exactly the kind of driven career woman that Wilhelm would be quick to call his type.

"He saved me, so I must return the favor, even if it costs me my life."

A nun Wilhelm met during the Warsaw Uprising. She is an albino, just like him, and thus they end up living together after their encounter. She believes herself to be only half a person since she cannot live in the realm of the day, and sees others as superior to her in every way. 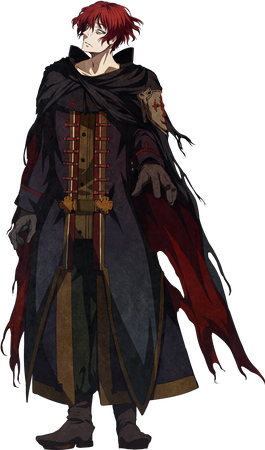 "You desire an endless, dark night... How shallow."

A mysterious man Wilhelm and the others encountered in 1944 on their mission to expel an anomaly from Katyn Forest. A self-proclaimed special operative of the Vatican, he acts cordial to the Obsidian Table, but his true motives lies shrouded in darkness.