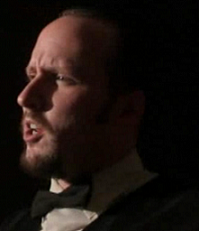 So I'm sitting there, tending bar...
"This is Dominic. Dominic works at as five star restaurant called the Pixel Palace. There, some of video games' most popular celebrities pop in to have a drink. Sometimes, they share stories, and even secrets. Because—as we all know—what the bartender hears is confidential...isn't it?"
Advertisement:

As the bartender to some of the most famous characters in the video game world, Dominic has seen and heard many things, and every so often he will sit down and share some of his stories (as well as his artwork) with the people at Channel Awesome.

You can watch it here.