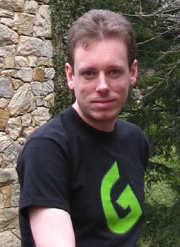 Jon "ChaosD1" Burkhardt takes a look at the games, shows, or items that he enjoys enough to tell others about. Be it a sarcastic remark, a sincere statement, or an ear piercing yell, he's sure to get his point across. He has a show called MMO Grinder which reviews free-to-play MMORPGs, and a show called Indie Stop, where he looks at Indie games or lesser known titles. It can be found here

), was on Lord Kat's live stream monthly podcast with Critical Marine called Conduct Unbecoming which is about the military, since he is a veteran, and was a guest on the weekly MMO podcast called MMO Underground both of which are now defunct.