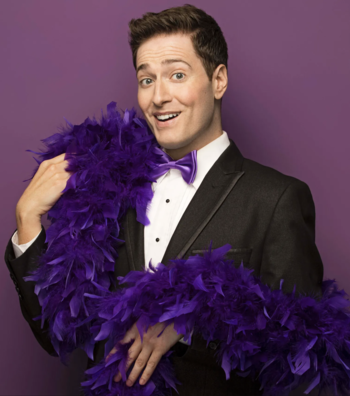 Randy Rainbow is a comedian and singer who publishes videos on YouTube, in which he spoofs interviews with famous figures and parodies musical numbers. His early works were fake phone conversations created by using Manipulative Editing on real audio clips. He shifted focus during the 2016 American presidential campaign, when he started making spoof interviews and musical parodies skewering the election and the candidates. Donald Trump became a favourite target of his following his nomination by the Republican party and subsequent election.

One of Randy Rainbow's many songs targeted at Donald Trump.

One of Randy Rainbow's many songs targeted at Donald Trump.