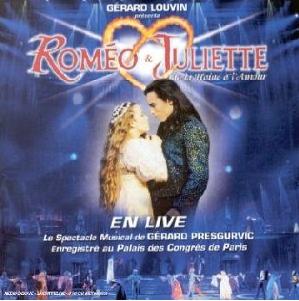 Roméo et Juliette, de la Haine à l'Amour ("Romeo and Juliet: From Hate to Love", though the subtitle is usually dropped in translations and the 2010 Paris revival was in fact known as Roméo et Juliette: Les Enfants de Vérone, which translates as "Romeo and Juliet: The Children of Verona") is a musical adaptation of Romeo and Juliet by Gerard Presgurvic that premiered in Paris, France in 2001. It has since played in Canada, Belgium, Hungary, Russia, Austria, Mexico, Italy, South Korea, Romania and Japan (as well as the UK, but, well... the best that can be said for that production is that it did quite a bit better than Dance of the Vampires).

It follows many of the same story beats as Shakespeare's original play, but with enough differences to make it into its own beast. The Hungarian production is different enough from the others in terms of Alternate Character Interpretation and being considerably Darker and Edgier that it has its own separate section on this page.

The whole show can be watched in French

The French production, and most of the subsequent versions, include examples of: 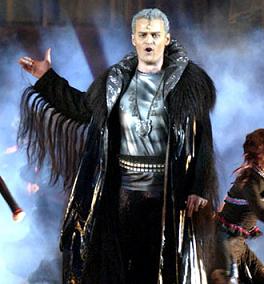 "Two families fight to stay on top/There is no middle ground/How can I remain wise and sober ruling a keg of gunpowder?" Attila Nemeth as Prince Escalus.

The Hungarian production premiered in 2004 and is still playing in repertory in Budapest with the same rotating casts. Compared to the candy-colored, shiny aesthetic of the other productions, this version has frenetic choreography, costumes that can't be placed to any particular era, and a dark, grungy look that lends the whole thing a sense that it's less about True Love Above All and more about innocence crushed by corruption and violence. The song order was rearranged, and the Hungarian translator essentially adapted the songs rather than fully translated them, as well as added more dialogue to back up this version's specific differences. When the show premiered in Romania in 2009, it was a translation of this version in particular rather than the French.

The Hungarian/Romanian adaptation contains examples of: