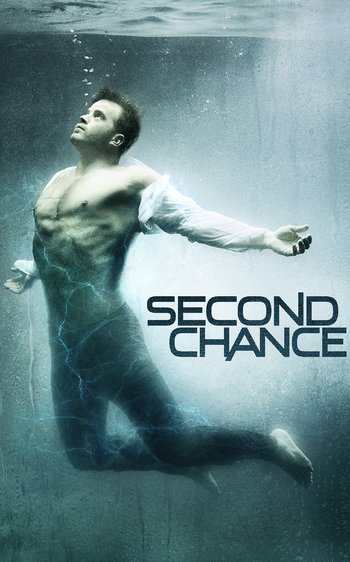 Jimmy Pritchard (Philip Baker Hall) is a seventy-five year-old disgraced sheriff, forced to resign after a scandal regarding corruption, witness tampering, evidence planting, and assorted other crimes. Now, he has little to do but sit and smoke and trying to give advice to his FBI son, Duval Pritchard (Tim DeKay)

One night, while at his old house looking for some pictures, he finds two men going through his son's office. When he confronts them, they overpower him easily, and toss him off a bridge to make it look like he killed himself. His death is ruled a suicide, and the case is closed.

Meanwhile, Mary (Dilshad Vadsaria) and Otto Goodwin (Adhir Kalyan), twin geniuses running a technology company called "Looking Glass ", have an interest in the sheriff. His precise genetic structure is one in ten million, and with the proper treatments, could be used to fight Mary's cancer. Although Mary forbids him, Otto acquires the sheriff's corpse and begins an experimental resurrection procedure.

When Pritchard awakens—after some initial confusion—he finds himself in a new body (played by Robert Kazinsky) far stronger than he has ever been, a perfect specimen of the human race, if not more. While he agrees to help Mary with her cancer, he insists on using his new lease on life to fight crime in his city, starting with the men who killed him—one of whom is his son's partner at the FBI. This is complicated both by Otto's overprotective nature, his son's suspicions, and the fact that he needs to return to the tank every twelve hours to be revitalized, or he'll die for good.

Second Chance aired from January 13th to March 25, 2016 on Fox for one season, before being canceled.

Not to be confused with the 70s ABC game show that was the predecessor to Press Your Luck.