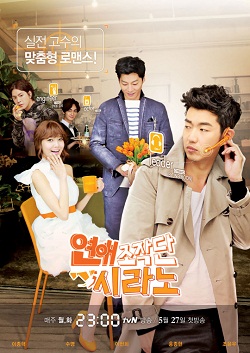 Dating Agency: Cyrano (연애조작단; 시라노) is a 2013 South Korean television series which aired from May 27, 2013 to July 16, 2013. The series is about a dating agency that orchestrates romantic scenarios for paying clients, all in an effort to raise enough money to save an old theater.

Dating Agency: Cyrano, which was based on the 2010 Korean movie Cyrano Agency itself based on the French play Cyrano de Bergerac, is the 4th installment of tvN's 'Oh Boy!' Project series. This drama series features star-studded line ups of flower boy leading men. The previous entries in this series are Flower Boy Ramyun Shop, Shut Up Flower Boy Band, and Flower Boy Next Door.

has a list of the clients and the targets.