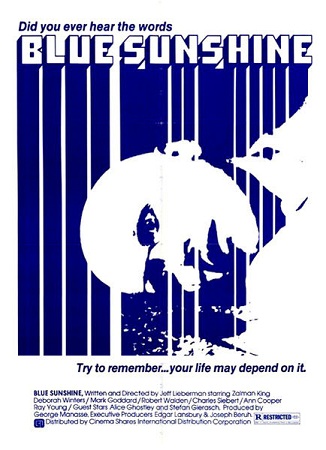 At a party, someone goes insane and murders three women. Falsely accused of the brutal killings, Jerry Zipkin (played by Zalman King) is on the run. More bizarre killings continue with alarming frequency all over town. Trying to clear his name, Jerry discovers the shocking truth: people are losing their hair and turning into violent psychopaths, the connection may be a strange form of LSD called Blue Sunshine all the murderers took a decade before, and an up-and-coming politician (played by Mark Goddard from Lost in Space) is in the middle of it.

The Glove, a Super Group including Robert Smith from The Cure and Steven Severin from Siouxsie and the Banshees, named their only album after the film.