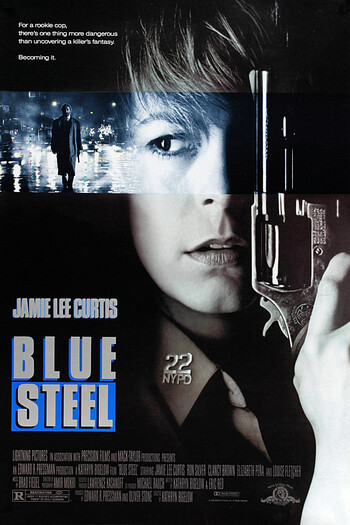 Megan Turner (Curtis) is a rookie NYPD officer. When she stumbles upon a grocery store holdup, shooting and killing the perpetrator (a young Tom Sizemore), his weapon is taken by Eugene Hunt (Silver), a Wall Street trader who both discovers that he enjoys killing people and becomes infatuated with the female cop. Hunt manages to start a relationship with Megan, but when she finds out he's the killer they've been looking for, a cat-and-mouse game ensues, as the psychopath turns to increasingly violent means to try and evade capture.

Not to be confused with the 1934 western film of the same name starring John Wayne, or with Derek Zoolander's look.