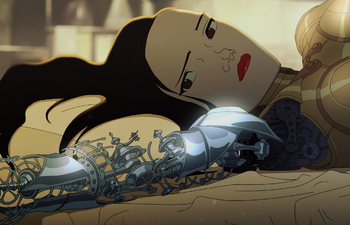 "The old magic may have been gone from the world, but I could make new magic from their machines."
Advertisement:

During the British occupation of Hong Kong, a Chinese spirit hunter's son forms a bond with a shapeshifting huli jing. Based on the short story of the same name