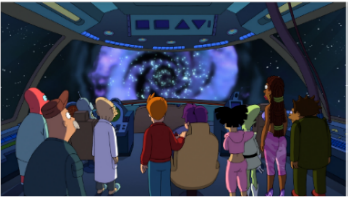 During a trip to Mars Vegas, an accident involving a group of straw feminists leaves Fry with the ability to read minds, entangling him into a secret society known as the Legion of Mad Fellows. Leela joins up with the feminist group in order to bring down Leo Wong's environmentally disastrous giant miniature golf course, Bender begins having an affair with the wife of the leader of the Robot Mafia, and Fry works undercover as a security guard to prevent the potential extinction of man kind.