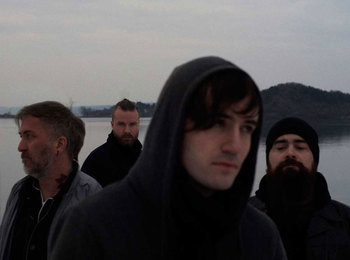 "Ulver is obviously not a black metal band and does not wish to be stigmatized as such. We acknowledge the relation of part I & III of the Trilogie (Bergtatt & Nattens Madrigal) to this culture, but stress that these endeavours were written as stepping stones rather than conclusions. We are proud of our former instincts, but wish to liken our association with said genre to that of the snake with Eve. An incentive to further frolic only. If this discourages you in any way, please have the courtesy to refrain from voicing superficial remarks regarding our music and/or personae. We are as unknown to you as we always were."
— Ulver, 1999
Advertisement:

Ulver is an experimental Norwegian music group formed in 1993, fronted by Krystoffer Rygg. The band has gone through numerous style changes, so much so that each "major" release is considered to be a different genre altogether, many times defying contemporary classification.

A quick rundown of their major releases: