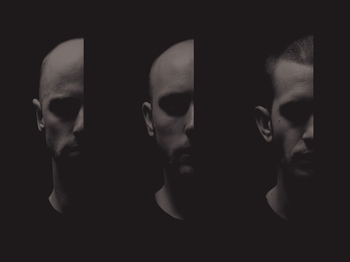 Ulcerate is a New Zealandian technical death metal band. Characterized by their dense and extremely complex compositions that blend dissonant technical death metal with post-metal, they have gone from a well-loved but relatively obscure name in the underground to a beloved figurehead of an entire movement of like-minded death and black metal acts who also incorporate post-metal into their sound.

Formed as Bloodwreath in Auckland in 2000, the initial lineup included Mark Seeney (vocals), Michael Hoggard (guitars), and Jamie Saint Merat, though Seeney was gone by 2002 and James Wallace had replaced him, while Jared Commerer also joined as a secondary guitarist (and was also gone by the following year; Phil Smathers was also very briefly a bassist before ducking out). Nonetheless, Commerer was around long enough to record two demos that dropped in 2003 and 2004, respectively, the first of which also brought the Ulcerate name change. Michael Rothwell and Phil Kusabs also joined in 2003 on guitars and bass, respectively; various shows followed, and by 2005, Kusabs was already out and Paul Kelland was in. 2006 brought a compilation of their two demos titled The Coming of Genocide as they prepared to record their full-length debut, though Sullivan left that same year and was replaced by Ben Read. The beginning of 2007 brought Of Fracture and Failure on Neurotic Records. While the initial fanfare was small, it slowly but surely started to become a name in the underground and even crept up onto a few end-of-year lists. 2008 brought the departures of Read and Rothwell, neither of whom were replaced; Kelland took over vocal duties, while Oliver Goater was eventually brought in the next year on a strictly live basis. It also brought a deal with Willowtip Records and the start of the writing process for a second full-length. 2009 wound up being their breakthrough year, as Everything Is Fire dropped in early April to rave reviews and was hailed as a modern classic. In spite of this, there was surprisingly little activity for a band that seemingly had that much momentum. 2010 brought the induction of William Cleverdon as a full-time second guitarist, though he arrived too late to appear on their then-impending third album. The Destroyers of All dropped in early 2011 and finally resulted in a fairly solid battery of touring that culminated in their first US appearances (including a very rude greeting when their van was broken into and robbed) and a deal with Relapse Records in 2012, as well as the departure of Cleverdon.

2013 brought Vermis, their Relapse debut, and 2014 brought the next round of touring, including a US run with Inter Arma and a European run with Wormed, Solace of Requiem, and Gigan. 2015 brought scattered shows but was otherwise quiet, while 2016 started with various teasers of a new album that eventually culminated in the one-two punch announcement that Shrines of Paralysis would drop that October and would also immediately be followed with a full US tour with Zhrine and Phobocosm that is wrapping up at the time of writing. A well-loved and revered act that has become widely influential in the 2010s, it stands to reason that Ulcerate will only continue to keep moving forward from here.