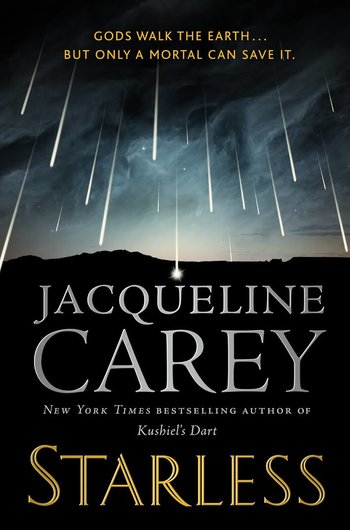 Starless is an epic fantasy novel written by Jacqueline Carey.

Both of them born in the moment of a lunar eclipse, Khai was chosen to be the shadow to princess Zariya's light. Trained in stealth and death by the Brotherhood of Parkhun in the deep desert, Khai is Zariya's ultimate protector. To keep her alive, they both will have to journey far beneath the starless skies...