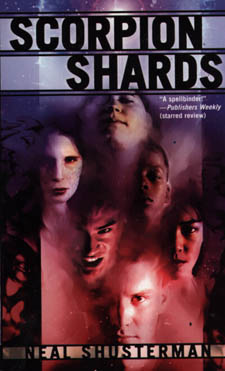 The Star Shards Chronicles is a trilogy of novels by Neal Shusterman. It follows the struggles of six Ordinary High School Students who were conceived at the same instant that a star exploded light-years away. The coincidence of their birth caused them to receive extraordinary powers; however, as our story begins, our heroes' abilities have been corrupted and twisted against their true purpose by unknown forces.

The three books in the trilogy: