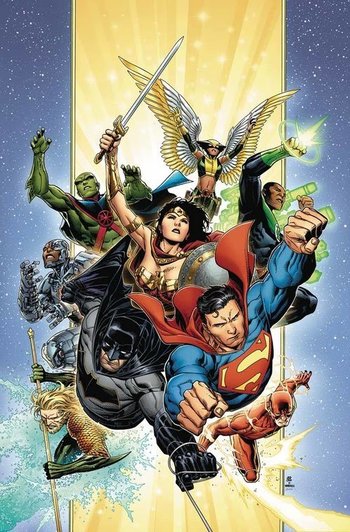 The Source Wall has been breached following the events of Dark Nights: Metal. The Omega Titans have been driven away by the events of Justice League: No Justice. New and powerful forces both scientific and supernatural in origin are sweeping the cosmos. And worst of all, the Multiverse is dying.

Written by Scott Snyder and James Tynion IV as the flagship installment of the “New Justice” family of DC Comic books, this series focuses on the League's attempts to investigate and sort out the many changes in the DC Universe brought out by the events of Metal, and the attempts of Lex Luthor and his Legion of Doom to harness these changes for their own ends.

Afterwards, as part of DC Infinite Frontier, the series received an overhaul. The roster changed and the series is instead written by Brian Michael Bendis, with backup stories by Ram V starring the Justice League Dark. Tropes pertaining to that run can be found here. 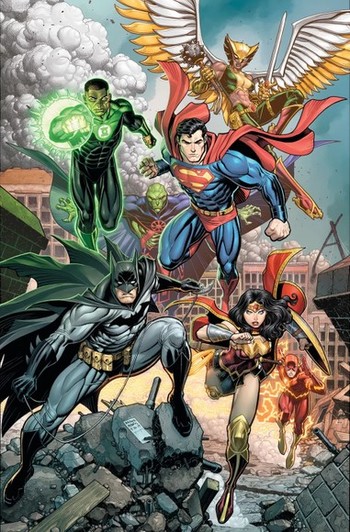