The following page is a Character Sheet for Tokyo Revengers.

Due to wiki policy, all trope names are visible and may contain spoilers for the manga (the anime currently covers the Moebius and Valhalla arcs).

Osanai is the 8th leader of the famous Moebius gang and one of the most feared men in society.

Hanma is a member of Valhalla who later joins the Tokyo Manji Gang as the captain of its 6th division after their defeat.

Emma is a close friend of the Tokyo Manji Gang with a crush on Draken. She later reveals herself to be Mikey's half-sister. 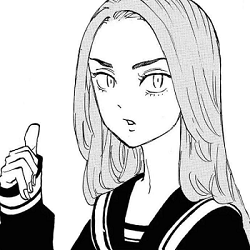 Yuzuha is Taiju and Hakkai's sister and the middle child in their family. 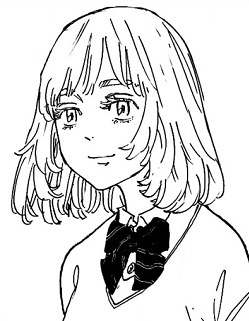 Akane is Seishu Inui's older sister and also the girl Hajime Kokonoi was in love with.