The Narumi-kai are a shinobi squad of innately talented youths who value humanity and honor above all. They will not yield to money or influence and only take on jobs that help people in need. 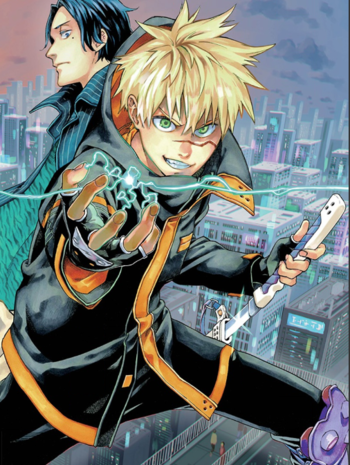 "If I'd run away, I'd lose face. To be considered weak in the shinobi world is to invite exploitation. I wouldn't survive two days. And some things are more important than saving face. Like protecting your team... no matter how scared you get, or how badly you want to run away."

The leader of the Narumi-kai. Although he's a tad lazy with a bad tendency to run up tabs, he's one of best shinobi in the business. His ninpo art, the "Magnetic Field Technique", allows him to control electromagnetism. 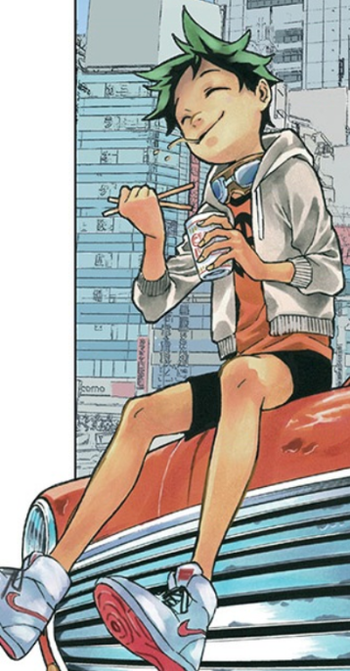 "My father always said... a ninpo scroll is a shinobi's pride. One day, I'm going to be a shinobi just like him! That's my dream!"

An aspiring shinobi from Thailand who comes to Tokyo while fleeing assassins after his father's priceless ninpo scroll. Jin inducts him into the Narumi-kai after realizing that En would be killed sooner or later because of that scroll. His ninpo art, the "Technique of Remembrance", grants him an incredibly powerful Photographic Memory. When he masters it, he'll be able to read minds and brainwash people. 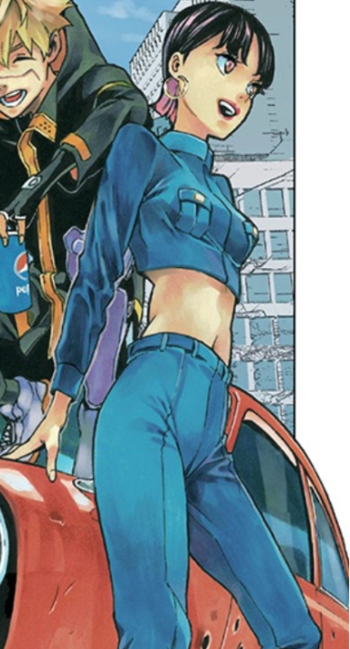 A supermodel-turned shinobi. She keeps Jin on task while keeping the Narumi-kai connected to valuable job offers. Her ninpo art, the "Stitching Technique", allows her to manipulate her own clothing and use it as both a weapon and a shield. 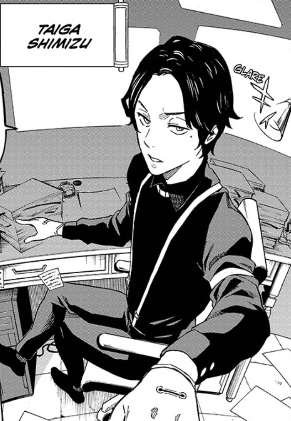 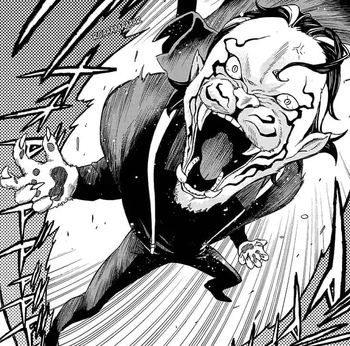 "We're professionals. I'm not going to sugarcoat this for you. We have work to do. If you can't be of any use, we don't need you here."

Jin's Number Two in the Narumi-kai. Taiga is cold, stoic, and calculating, handling most of the Narumi-kai's legal affairs and information gathering. But all of that is replaced with fearsome rage once he enters combat. His ninpo art, the "Raging Tiger Technique", gives him the physical characteristics of a tiger, including Super Strength, Super Speed, and terribly sharp claws that can rend titanium. 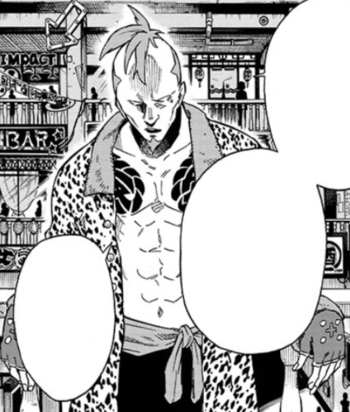 A shinobi of Japanese-Hungarian descent who's contracted to a foreign startup company. He comes after En in hopes of taking the Scroll of Remembrance, but he's thwarted and killed by Jin. His ninpo art, the "Iron Fork Technique", lets him manipulate the iron in his own blood to create weapons.

The house shinobi of the SRA National Research Center. He's hired to take on Jin and Taiga when they arrive to steal back the project data Yuji's boss stole. His ninpo art, the "Bone Projection Technique", lets him manipulate his own bone structure to change its density and use it as a weapon. 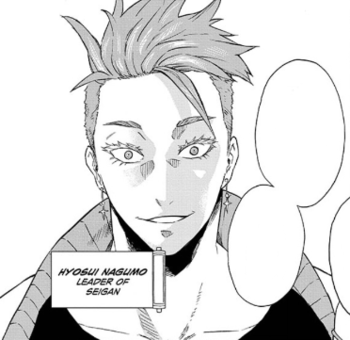 The leader of the Seigan shinobi squad and an infamous assassin for the Morning Talent Agency, an entertainment juggernaut. He and his team regularly assassinate singers, directors, actors, and other figures so the Morning Talent Industry can install their own. 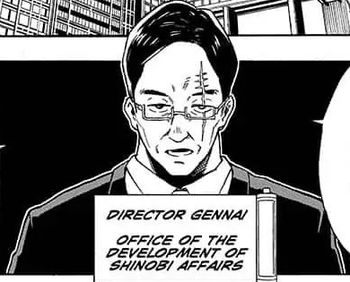 The director of the Office of the Development of Shinobi Affairs. He has oversight over all shinobi squads in Tokyo, including the Narumi-kai. Jin's antics and refusal to work for the Diet have left the two on bad terms. 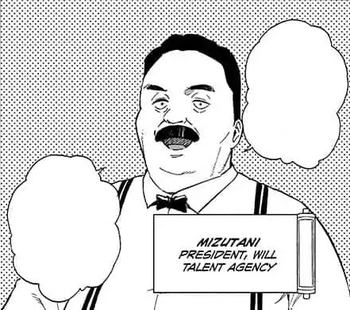 An old contact of Papillon's from her modeling days and the president of the Will Talent Agency. He hires Jin and Papillon to guard Maki from the Seigan assasination squad. 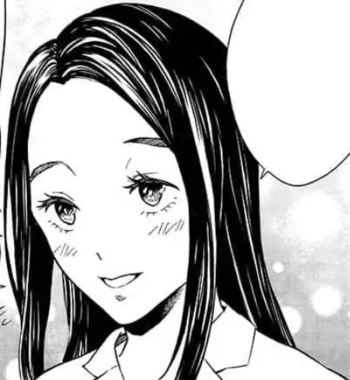 A supermodel working for the Will Talent Agency. Her refusal to withdraw from a runway show gets her targeted by the Seigan assassination team, prompting Jin and Papillon to act as her bodyguards.