Characters in Tokyo Ravens. A work in progress.

Spoiler Warning: This page has unmarked and unavoidable spoilers. Read at your own risk.
open/close all folders 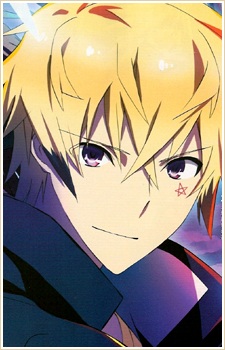 The main male protagonist. A member of the branch family of the Tsuchimikado clan, who was born without the ability to sense spiritual power. 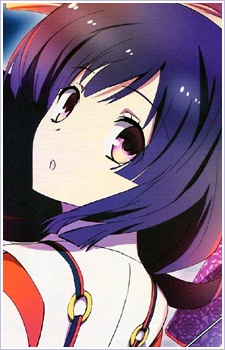 The Messiah... or not

The main female protagonist. She is the future head of the Tsuchimikado clan, and such a genius at Onmyōdō that many suspect her to be a reincarnation of the infamous Yakou Tsuchimikado. Due to family tradition she is forced to pose as a boy while at school. 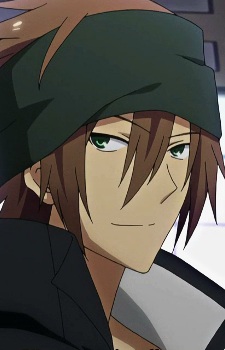 Delinquent With a Heart Of Gold

Harutora's friend. He used to be a delinquent until 2 years ago where he was a victim of terrorism plot using spiritual disasters and was turn in was known as a "Living Spirit". From that time on Harutora's doctor father has been treating him the aftereffects, one of them being his ability to use "Spirit Slight" after the incident like most Onmyoji. 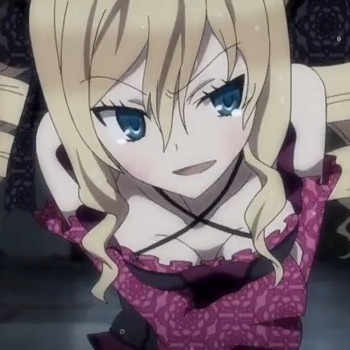 The youngest of the Twelve Divine Generals, recently turned rogue. She targeted Natsume in an attempt to use Yakou Tsuchimikado's forbidden ritual to bring her brother back to life. 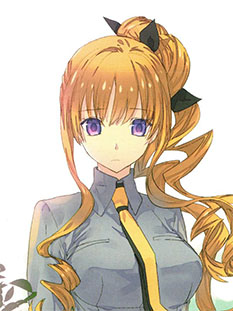 Granddaughter of the Onmyo Academy's Principal and heir to the Kurahashi clan. 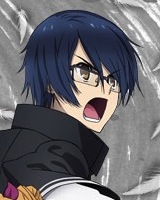 A classmate Harutora and Touji befriend during their first day. He is the successor of the Momoe family who owns the company Witchcraft Corp.

A new major character that appears in the second half of the novels. She is a "Living Spirit" who originally met Natsume in Seihuku Temple and became fast friends. After some "dire circumstances" that happened within the temple resulting in its complete and utter destruction, she travels with Natsume and rest of Tsuchimikados to Tokyo. She's a branch member of the Souma Clan, one of three great Onmyouji families.

The principal of Onmyoji Academy and the previous head of the Kurahashi clan. 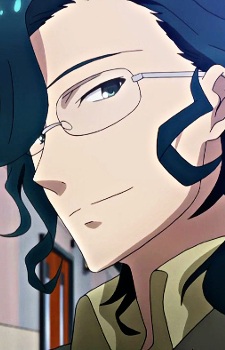 The homeroom teacher for Harutora, Natsume, Touji, Kyoko, and Tenma. He used to work as a Magic Investigator in the Onmyo Agency's Magic Crimes Investigation Department prior to his injury. 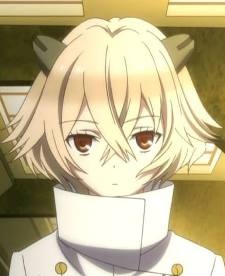 A third year student Harutora meets during his 2nd semester who's often mistaken to be younger than she is, oddly enough she really likes little girls herself.

Dormitory Mothers of the academy and huge BL fanatics. They Harutora, Natsume (as a male) and Touji are in a LoveTriangle due to rumors. Which is further fuelled by a fiasco involving a male shikigami doppelganger of Natsume. It's long story.

A teacher who used to be an independent Exorcist.

A female 2nd year student who goes a date with Harutora during his first year. 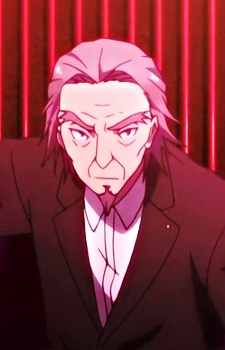 A Grandpa With Tricks

A Divine General and Director of the Magical Crime Investigation Bureau. 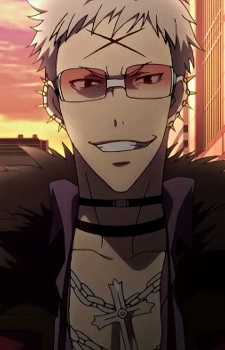 Jerkass At His Finest

A Divine General who works for Onmyo Agency as a Independent Exorcist. He has a history with Jin Ohtomo and is generally arrogant and unsociable. 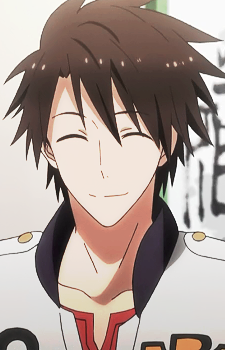 An easy going guy who happens to be a old classmate and friend of Jin Ohtomo. Works for the Onmyo Agency as an Independent Exorcist and is a Divine General. Has a group of crow-like Tengus called Karasu-Tengu. 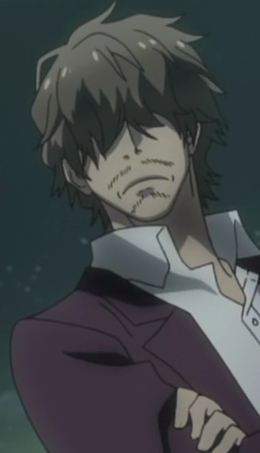 A Divine General and commander of the Exorcism Department Purification Rite Control Room. 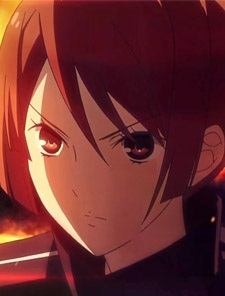 A Divine General and an Independent Exorcist for the Onmyo Agency. 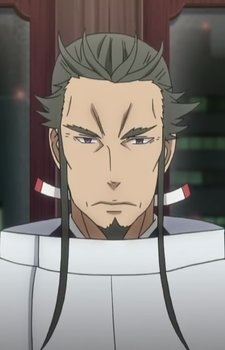 The current head of the Kurahashi clan; father of Kyoko and son of Miyo. He is a Divine General and is the head of both the Exorcism Bureau and the Onmyo Agency.

Newly appointed Divine General introduced in the 2nd half of novels. Through still a rookie among his colleagues Hayato is Genji's personal disciple. He is also Natsume's senior by two years and fought her in volume 10 inside the Seihuku Temple. 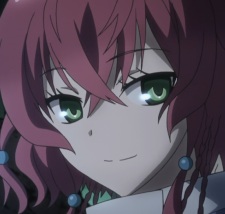 A mysterious girl who calls herself a true Yakou devotee. She is actually the last direct descendant of the Souma Clan's main branch who where once one of the 3 most prominent Onmyouji families prior and during WWII. They supported Yakou and the Onmyo Bureau (the Onmyo Agency's former name in that era) in the war through their control of the military, and shared his ideals. After Japan had lost the war, the Soumas had but completely vanished from the public and the magic community as whole. Takiko claims she has stepped up to finally realize both her clan's and Yakou's greatest desire. To that end, she has also entered a secret pact with Genji Kurashashi in ordered to manipulate and purge the other factions of the Twin Horn Syndicate who have strayed form the organization's original purpose. 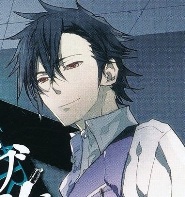 Suzuka's father and a former Divine General who previously led the Yakou fanatics before his death. He was once the Chief of the now defunct Lingering Spirit Division in the Imperial Household Agency. His is also the uncle of Takiko Souma and a branch member of the Souma Clan. Shidou Dairenji used to bear the family name “Souma”. 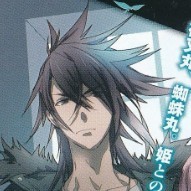 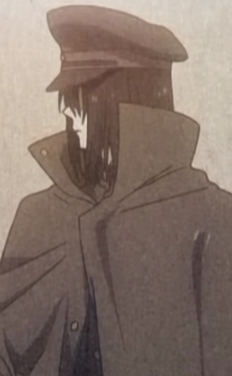 The legendary onmyoji descendant of Abe No Seimei who disappeared after causing spirituals disasters in Tokyo after a failed ritual. He's known as the father modern Onmyoudo and called the King of the North Star by his most devoted followers.

Natsume's father and the current head of the clan. He is a powerful astrologer that can even read the stars of shikigami which is normally considered impossible. He also taught Natsume many arcane spells.

Harutora's father who works as countryside doctor. Used to work for the Onmyo Agnecy as a First-class Magic Investigator under Amami.

Harutora's mother, who also once worked at the Onmyo Agency, but as an Exorcism Officer in Akibara Branch and was one of their top members. She is quite well known for her "go getter" personality and highly destructive lightning magic.

The head monk of the Temple that Natsume than later Harutora visits. He leads an conservative reformist faction of traditional who Onmyouji who suffered under the more draconian policies and near tyrannical laws of the Onmyo Agency. When Harutora arrives he attempts bring him over to their side, but the negotiations go sour and resorts to force coercion him instead. Needlessly to say, it does not end well.

An old good friend of Harutora when he was known as Yakou 60 years ago. He is safekeeping an artifact, a mythological fruit called the "Tojiki" that Yakou left with him long ago that had powers relating to life and death. Sen was also Yakou shogi partner who later had never been able to beat. 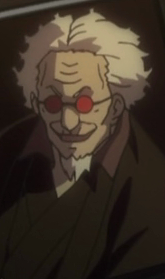 Legendary Onmyouji who was once Abe no Semei's ancient rival during the Heian period. He also acquainted with Yakou Tsuchimikado and Kakgyouki. 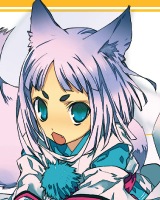 A "spirit fox" with the appearance of a young girl, who has served Harutora's family as a shikigami for generations. She is loyal and eager to please, occasionally too much so. Her real name is Hishamaru, one of the two servants of Yakou. 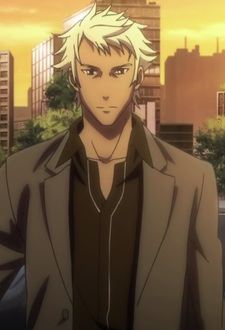 One of the two of Yakou's most powerful and distinguished familiars from World War II. His former identity is that of infamous and legendary mythological Ogre from the Heian era known as Ibaraki Doji.

Harutora's friend from another school, who's been hinting at a crush on him. Thinks Harutora should try seriously to become an onmyoji.

Reiji Kagami´s psychotic shikigami. His identity is actually that of a legendary sword called "Higekiri' (translated as "Razor" in English) which has taken the form of spirit being. Though not named directly he was sword used in the Heian era story Watanabe no Tsuna where one of most famous myths involved a battle with Ibaraki Doji, to which the later had his arm cut off.