A hulking giant with an appetite to match, Aldar is a cannibalistic monster whose only concern is his next meal. Hiding out in the dockyards, he devours the workers and sucks the marrow from their bones in order to quash his sickening hunger. Far stronger then Clark, Aldar is one of the few characters to be a physical match for a fully-powered Kryptonian.

Played by: Matthew Walker
"For the last five and a half years, you've been a resident of the Fairview Psychiatric Hospital. Everything else—your superpowers, your alien lineage, your secret identity—it's all a delusion." 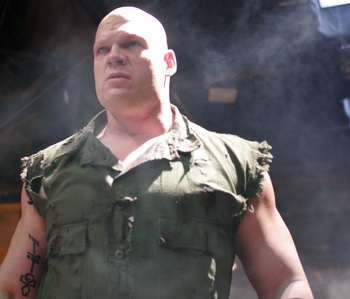 "You're the fight I've been looking for."

An alien Supersoldier imprisoned in the Phantom Zone, Titan is born and bred for combat, and combat only. After escaping the Zone, he works his way through biker bars and underground gladiator battles, before arriving in Metropolis' meteor freak battle circuit. Desperate for a challenge, he is all too eager to confront Clark. 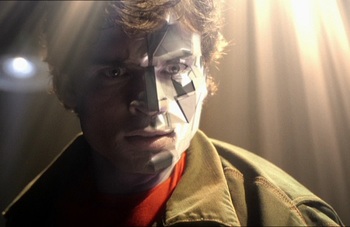 "I'm you, only a little more bizarre."

The last and most dangerous of the Phantom Zone escapees, he uses a cloned body of Clark as his host. A serious recurring problem in Season 7.