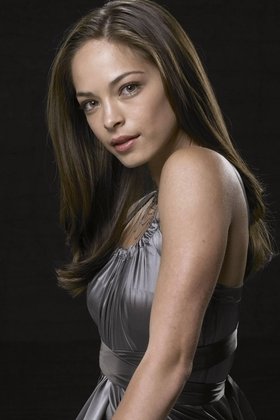 Lana is Clark's Love Interest from Seasons 1 to 8. Lana's parents were killed in the meteor shower that accompanied Clark to Earth, leaving her to be raised by her aunt Nell. She originally dated Whitney Fordman until he went off to join the Marines, then went on to have an on-and-off relationships with both Clark and his eventual Arch-Enemy, Lex Luthor.
Chloe Sullivan 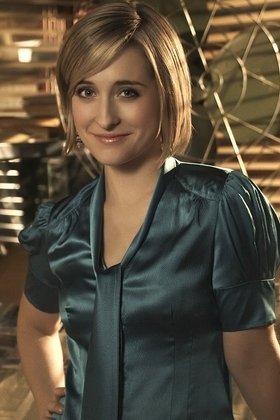 One of Clark's closest friends since the eighth grade, Chloe begins the show as a wannabe reporter with a huge crush on Clark. From Seasons 1-4, she works as a reporter at the Smallville Torch, the school newspaper, and helps Clark uncover information about the Monster of the Week. As of late Season 4, she becomes a Secret Keeper for Clark and begins to play a much more important role in his life; in Season 5, after graduating high school, she starts working at the Daily Planet.

Season 6 sees major changes in Chloe's life. Having become Platonic Life-Partners with Clark, she enters into a relationship with Jimmy Olsen, with whom she had a one-night stand between Seasons 1 and 2. She also discovers the secret identities of Green Arrow and most of the Justice League, and becomes Watchtower, their Mission Control. In Season 7, Chloe is fired from her job at the Daily Planet, but becomes Watchtower full-time. Season 8 sees Chloe's relationship (and brief marriage) to Jimmy end in tragedy; her friendship with paramedic Davis Bloome, later revealed to be the Kryptonian monster Doomsday, led to Jimmy's death. Season 9 had her withdraw completely from society, only to be coaxed back by the man who would eventually be her true love, Oliver Queen. Season 10 saw Chloe move to Star City to be close to Oliver; the two having gotten married in the interim. Season 11 saw Chloe finally settle down and start a family, having gotten both pregnant and a Happily Ever After. 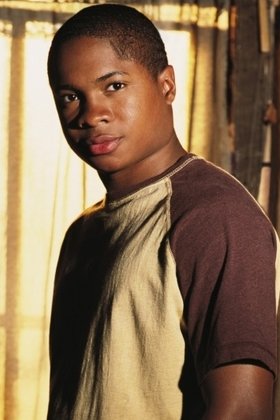 Clark's best friend since childhood. Pete finds out Clark's secret in Season 2 after he finds Clark's spaceship in a cornfield. Near the end of the third season, his parents divorce and he moves away from Smallville with his mother when keeping Clark's secret becomes too much of a burden. He returns in Season 7 and gains temporary superpowers which he uses to try and be a hero, only to get into trouble. Once back to normal, Pete leaves Smallville again. 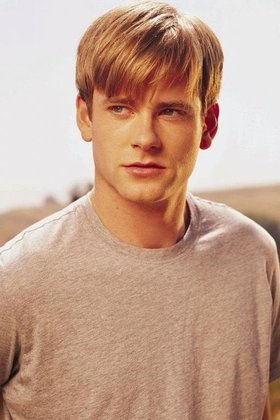 Lana's boyfriend during Season 1. A football jock who torments Clark after seeing him with Lana, Whitney later makes peace with Clark. After his father dies of a heart attack near the end of the first season, he decides to enlist in the Marines and asks Clark to look after Lana while he's away.