Tropes applied to all Coppelion 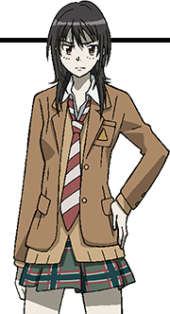 The leader of the Coppelion Medical unit. A senior and the class president. 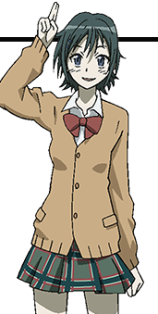 Member of the medical unit and a first year. Although she's not very confident in herself, she turns out to have great potential for psychic abilities such as flying, creating shockwaves and controlling matter - which was Dr. Coppelius' goal in creating the Coppelion.

Those powers first manifest unconciously in stressing moments as she helps her friends with a blank expression. Ibara and Taeko never tell her about her powers, until Aoi gains a split personality named Izanami Jyugotenshi, named after an anime heroine. Izanami can use the full potential of Aoi's powers, but is also too violent and unhelpful, so Aoi later gets lessons from Mana on how to better use her abilities by herself. 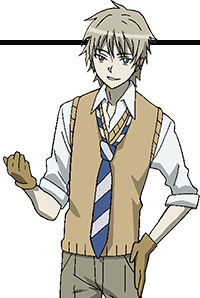 The commander of the Coppelion Cleanup Crew. He is a third-year and is cloned from Dr. Coppelius. His special ability is resurrection.

The older of the Ozu Twins. She is one of the members of coppelion Cleanup Crew.

The younger of the Ozu Twins. She is one of the members of Coppelion Cleanup Crew.

A second-year coppelion who was part of the Exploration Unit.

A second-year coppelion who was part of the Exploration Unit.

A intelligent flea-like chimera coppelion who befriended Mana and Meisa. 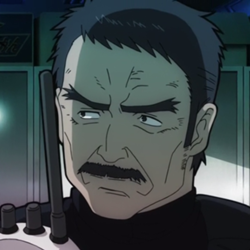 Japanese Ground Self Defense Force colonel and the Coppelion's vice-principal. He lost his wife and daughter from the nuclear meltdown.

A trio of scientists who manage the Coppelion project since Dr. Coppelius was exiled.

Creator of the Coppelions, a Mad Scientist who went into hiding after being exiled by the scientific community.