"I have three words to describe how I'm feeling right now... and it's... screeblegooble...shmuh."
— Arlo on the matter of Metroid Prime 4. 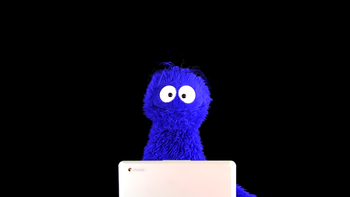 Arlo in his natural habitat.

Arlo is a Gaming YouTuber who started his channel in 2014, where he uploads reviews, skits, and opinion pieces. He's known for his lighthearted attitude and delivery, and his sense of childlike wonder and enthusiasm. An outspoken Nintendo fan, but he dabbles in PC gaming and has acquired a PS4 to broaden his horizons. He's capable of addressing controversies in the gaming scene, and isn't afraid to defend his own unpopular opinions, but he manages to do so without being overtly sarcastic, cynical, and all while keeping a completely consistent PG rating. He's also had a column in Nintendo Force called Arlo's Headcanon since their Christmas 2017 issue, where he writes Nintendo fanfiction.

Though a generally small channel by some standards, he has seen a great increase in subscribers and views following his videos discussing Paper Mario: Color Splash and general coverage for the Nintendo Switch, which he has been making since it was called the NX. Partnering with Gnoggin and co-starring in some of his videos certainly didn't hurt either...

He has since opened a Patreon in the hopes of pursuing YouTube as a full time job.

, and his Let's Play Channel can be found here

...What? Something's off? You think he looks weird? Is it because he's blue? Dude, get with the times.