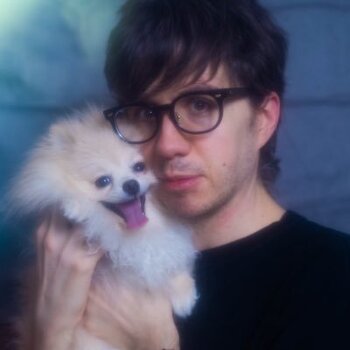 "I'm Tim Rogers. You are watching the Action Button review of TV Tropes!"
"Hello, and welcome back to video games!"
Advertisement:

is a Video Game Analysis Channel hosted by video game journalist and indie developer Tim Rogers. Rogers began the project in May 2020.

A Spiritual Successor to both Rogers' old text reviews at ActionButton.net

and the video reviews/essays he previously did for Kotaku, the videos consist of part long-form analysis, part retrospective reviews of various video games which he finds historically significant for the games as a medium in one way or another. Along with ruminations on core elements of the game in question, such as gameplay loop and story, as well as the historical circumstances surrounding its development, Rogers also peppers his videos with various anecdotes from both his personal and professional life related to the game in question.

So far, videos have been made about the following games:

Tropes used and discussed in the Action Button reviews:

"We hold these truths to be self-evident, that video games were created awesome. That I was born stupid. However, I will not die hungry. Video games forever... Action Button."