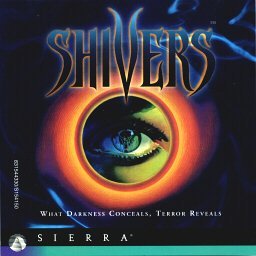 The story centers around a Featureless Protagonist who is sent on a Test Of Courage into Professor Windlenot's Museum of the Strange and Unusual. You soon discover, however, that the museum is haunted by the Ixupi, evil spirits that suck away the life force of those around them. Fifteen years before your arrival, the eccentric Professor Windlenot was hard at work on his museum when two teenagers snuck inside and accidentally released the evil Ixupi. Neither of the teenagers or the Professor himself have been seen since that night. In order to survive your own night trapped inside the museum, you must find the Soul Jars for each spirit and seal each one into its proper container.

The game is heavy on puzzle gameplay, and many of the puzzles are surprisingly difficult. These range from Enter Solution Here to Guide Dang It!. Mercifully, the game introduces a "flashback" feature rarely seen in other adventure games. Whenever you come across a code or a solution to a puzzle, the game will store the solution as a "memory" to help avoid backtracking and note taking.

A sequel titled Shivers Two: Harvest of Souls was released in 1997. It is set in the same world, but does not continue the story of Shivers.

Not to be confused with the classic David Cronenberg film of the same name.