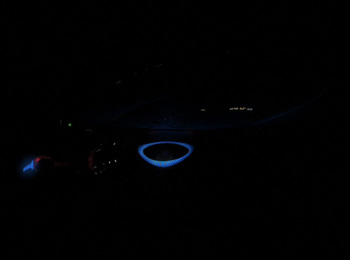 "Blacker than the blackest black times infinity."
Voyager travels through a region of starless space with nothing to do except keep their ship and their spirits going, until they come across a group of aliens that live in this region of space dealing with a Malon freighter dumping toxic waste materials.