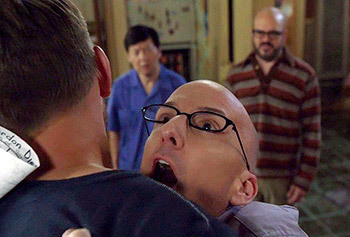 Professor Hickey becomes a grandfather, but he and his son Hank (played by David Cross) don't speak to each other. The study group decides to play another game of Dungeons and Dragons to help the two reconnect.