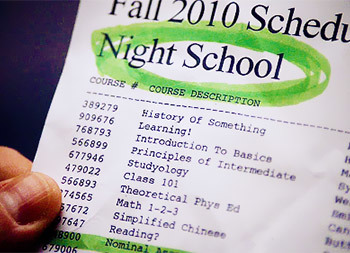 "You are making me do work for my fake conspiracy class!"
— Jeff
Advertisement:

In reviewing Jeff's class schedule, Dean Pelton notices Jeff signed up for an independent study class that doesn't actually exist, with a professor who doesn't exist. When called on it, Jeff tries to prove its existence to both the Dean and Annie, and it's corroborated by Professor Professorson, Jeff's conspiracy professor. Only one problem: Jeff's never seen this man before in his life. So why did he back up Jeff's story? To find out, Jeff and Annie will have to chase this tangled conspiracy all the way to Greendale's night school.

Back at Abed's dorm, Troy and Abed make a Blanket Fort that gets out of control.

Now has a YMMV page.