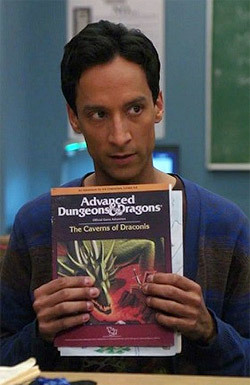 Fearing one of their classmates is suicidally depressed, the study group decides to intervene by engaging in a game of Dungeons & Dragons. The plan goes awry when Pierce, after discovering he wasn't invited, demands to join the game.