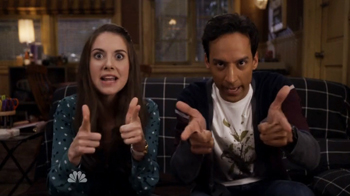 Jeff, Shirley and Hickey's discovery of a hidden stash of textbooks causes power shifts within the group; Abed and Annie play an old VCR game to decide who gets to choose their new roommate. Annie wants her brother Anthony to move in, while Abed wants his girlfriend Rachel.