Catching Up on History 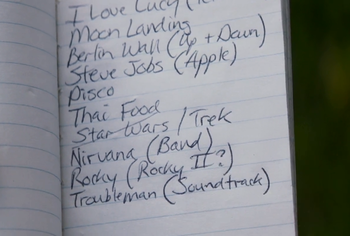 So you're a Fish out of Temporal Water who's just come back to the world either through Time Travel, cryosleep, coming Back from the Dead, or maybe you've just been away for a while. You've surely missed out on a lot, so you better study up! Whether through intense reading, television, the internet, or other means, this trope is when a character catches up on history through some sort of means.

The Bunker Woman might also do this, along with the Cult Defector. May be a part of Not Used to Freedom for some.

Ya Boy learns about tech

Ya Boy learns about tech