Sam
The poor person trying to stay alive that you play in Wick.

Travis "T Bubber" Burton
Amateur Paranormal Investigator and YouTube personality, investigating the legend surrounding the Weavers and Mt. Todd Park. The PC of the No Way Out DLC.

The first ghost the player encounters and the twin brother of Tom.
Tom Weaver

The third or fourth ghost encountered and the twin brother of Tim.

The second ghost encountered and the only Weaver sister.
Benjamin "Benny" Weaver 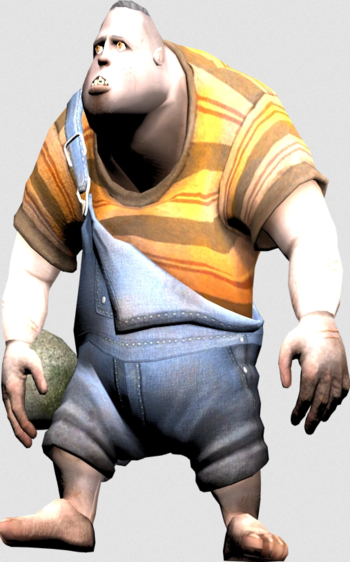 A sleeping, fat ghost who gets very cranky if you wake him up. The third or fourth ghost encountered.
Caleb Weaver 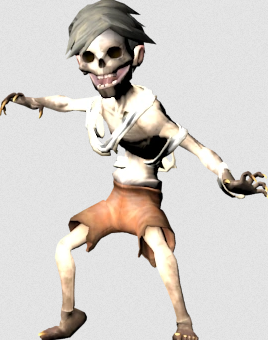 A ghost who digs his way towards you.

A World War One veteran who served at Ypres. Heavily disfigured by the horrors of war, upon his return home, he never left the cabin. He manifests as a man with hideous facial scars and two missing fingers on his left hand hanging himself in the woodshed
Mary Weaver

John Weaver's wife, and the mother of the children. 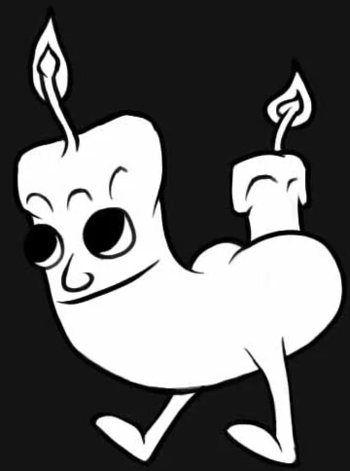 The 'boss' of the Wickbutt minigame unlocked by finding all of the hidden buttons.
Duncan "Dunk"
TBubber's former associate and proprietor of the "playwick.com" website. Also one of Sam's otherwise unnamed friends.
Old Man Edwards
An elderly fellow who knew the Weaver kids personally when he was a boy. T Bubber interviewed him before the events of No Way Out but inadvertently insulted him.
Rev. James Mc Alroy
The local pastor during the time the Weavers were alive.
The Campers
A pair of hillbillies who liked to drink beers in the forest near the abandoned summer camp, right up until the paranormal happenings in the woods drove them off.
Friends
Sam's classmates. Two boys and two girls, discernable only by their voices.
Entity
God, or perhaps the devil, only knows. Something that haunted Mary Weaver and may or may not be related to her undisclosed sin.